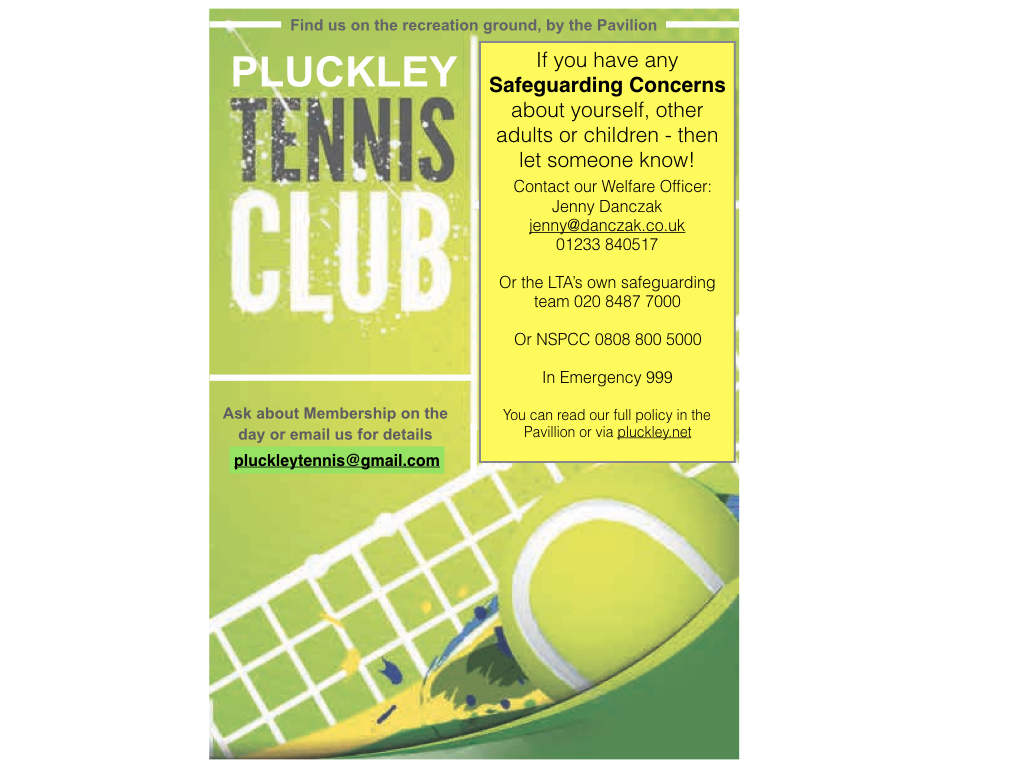 Tennis was originally played in 1943/44 at Barhatch on Forge Hill (now demolished for new housing) then at Homewood’s on a grass court. In 1966, a hard court was built on the recreation ground. In the late 1970s, the club became known as the Surrenden Tennis Club. A second court (the MUGA) was built in 1980 with funds raised within the village and grants. The Surrenden Tennis Club was officially wound down in 2012.

The current club was launched in 2016 and an open day was held on April 2, 2017. The club grew strongly from there has been a sustained success. The club is run by volunteers including:

Pluckley Tennis Club is commited to Safeguarding, Diversity and Inclusion. Our full policies are available through the links below: