Success for Junior member in Toronto 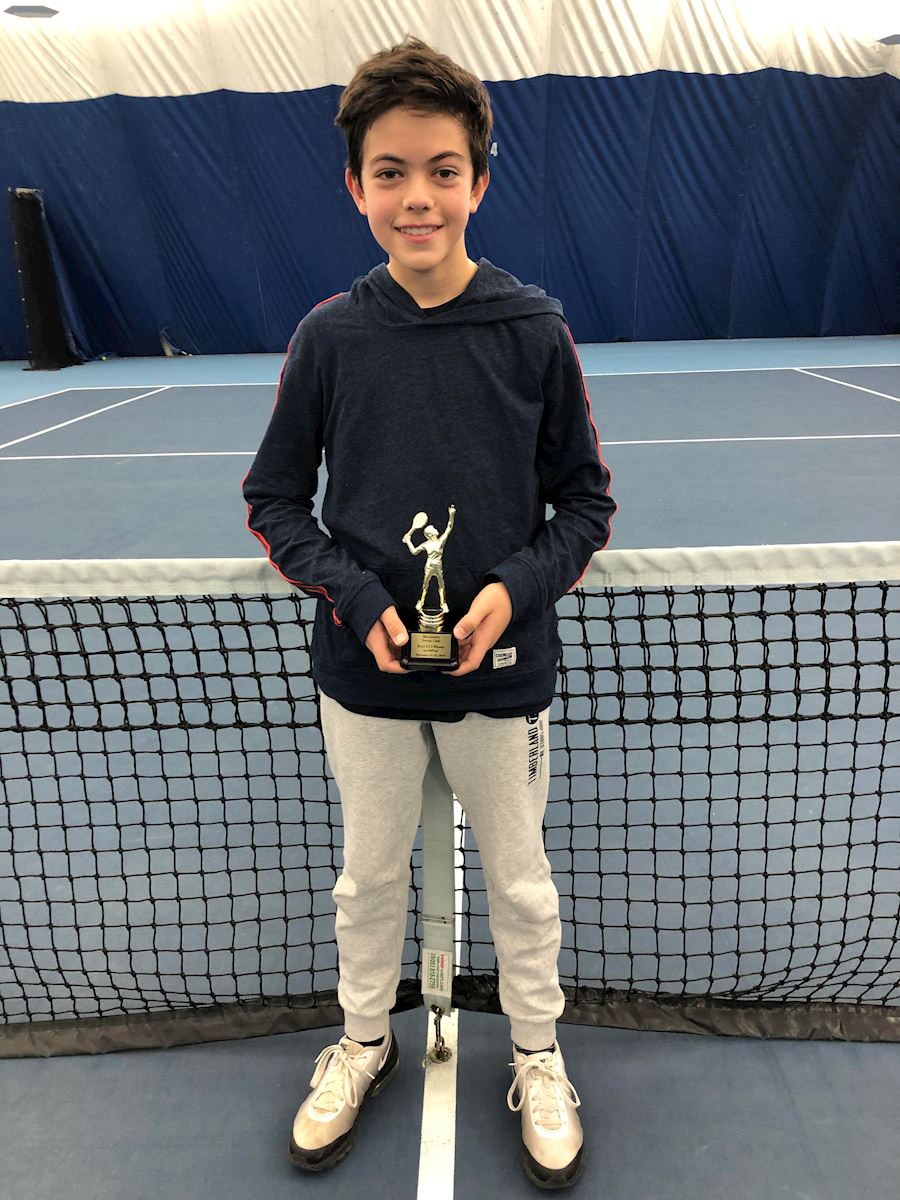 Congratulation to our junior member Panos who won an U12 tournament whilst in Canada over Christmas.  There were 33 boys from Ontario and Quebec and Panos from Saltford! The tournament was in Richmond Hill (Milos Raonic is from here).

His first match was against a boy from Montreal. Panos played a total of 5 matches over a 3 day tournament and lost only 1 set in the semi final to one of the top seeded players throughout the whole tournament. The players were strong with seeds being provincial and national national players. Panos played with confidence and grace to win in two full sets, against a boy originally from Iran who now resides in Canada.