Slazenger is a name synonimous with tennis and the club can trace its roots back to its time as a destination for the workers of Slazenger Sports Company based at Horbury Bridge. Since its original founding, the parent company has come and gone from the area, but the name is retained in the independent club.

The ground itself was used for a time without a permanent clubhouse. However, this was fixed in 1950, when the ground was officially opened by Mrs Slazenger. An exhibition tennis game was performed by Fred Perry and Dan Maskill on the 'En Tout Cas' new red shale courts. In 1997, the club changed further as the red shale surfaced tennis courts were replaced with a state-of-the-art acyclic surface; unique in the Wakefield District. Additionally, new shower and changing facilities, as well as car parking were constructed.

These 3 high quality hard surface tennis courts are available to book throughout the year on a pay and play basis and open to everyone. Alturnatively become a Tennis Member allowing 'free use' of the courts. There are very competitive rates for Adults,  Family, Students, Junior, Child  Members.

We have an increasing number of Members and next year we will be hoisting a number of Club days to bring people together. As the Club grows we hope to be in a position to enter teams into the Huddersfield League the season afterwards. Please consider joining us.

The club has a Safeguarding policy, which is available on request.

The Slazenger clubhouse is also available to use, offering bar and family friendly atmosphere, welcoming to people of all ages. It has a separate members area to the rear, and an additional conservatory area facing the lawn, gardens and children’s play area.

The conservatory and main function room can be booked out for private functions. 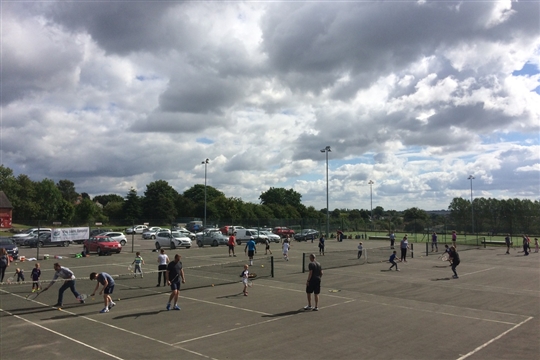 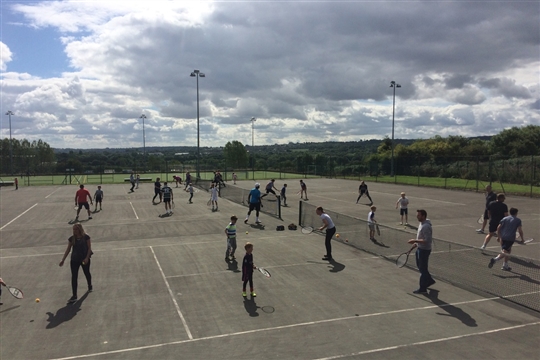 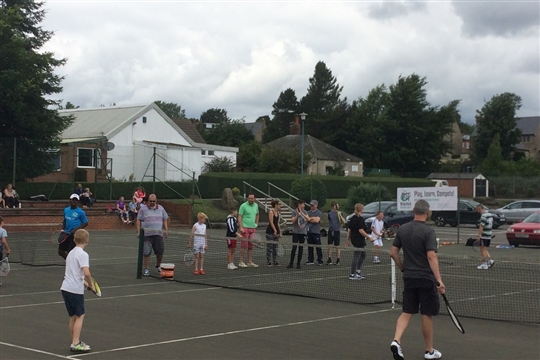 View the online booking sheet to find your preferred time and court.

Select your preferred available time and book. You can pay online with most major credit cards. Register online the first time you book.

We'll send you confirmation of your booking. You'll receive a pin number to access the venue. It's easy!

Choose a Tennis in Wakefield venue to visit