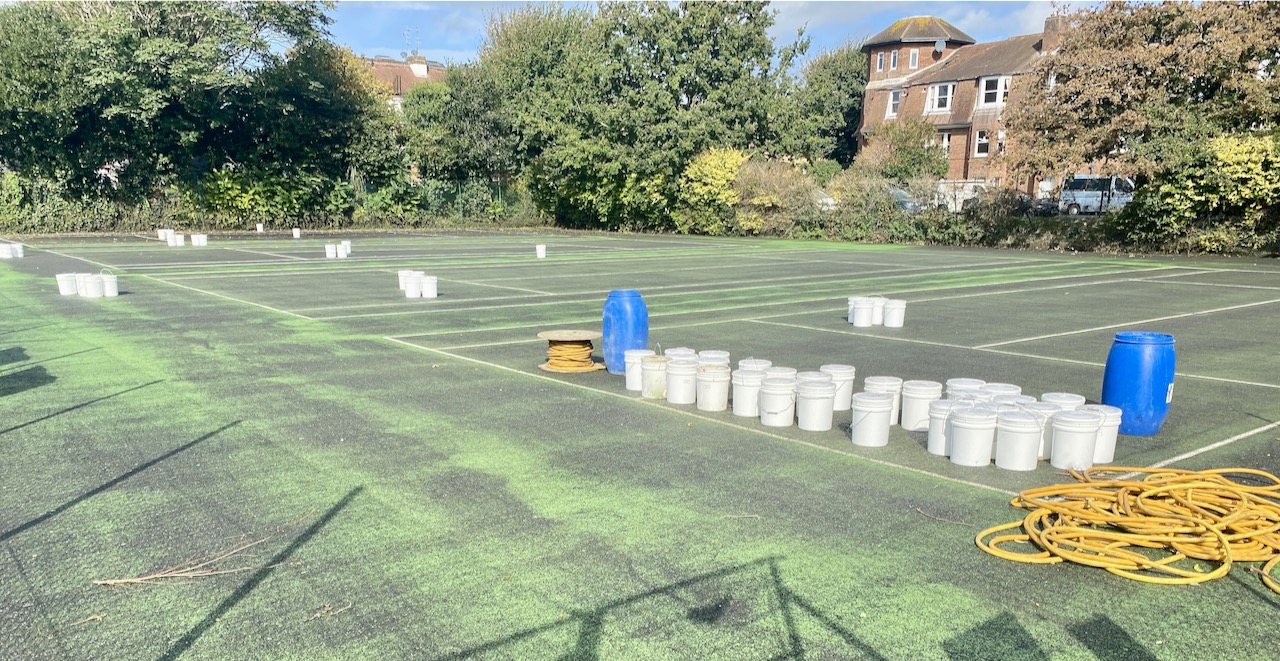 Our friends at Sovereign Sports have been busy helping to revive the courts at St Ann's Well Gardens.

The first stage is to clean the courts with a pressure washer. This clears out the gunk - maybe as much as a ton of dirt off the eight courts.  Once the nets are removed, the net anchors in the centre of the court are set into the macadam surface. These will keep the nets in place. 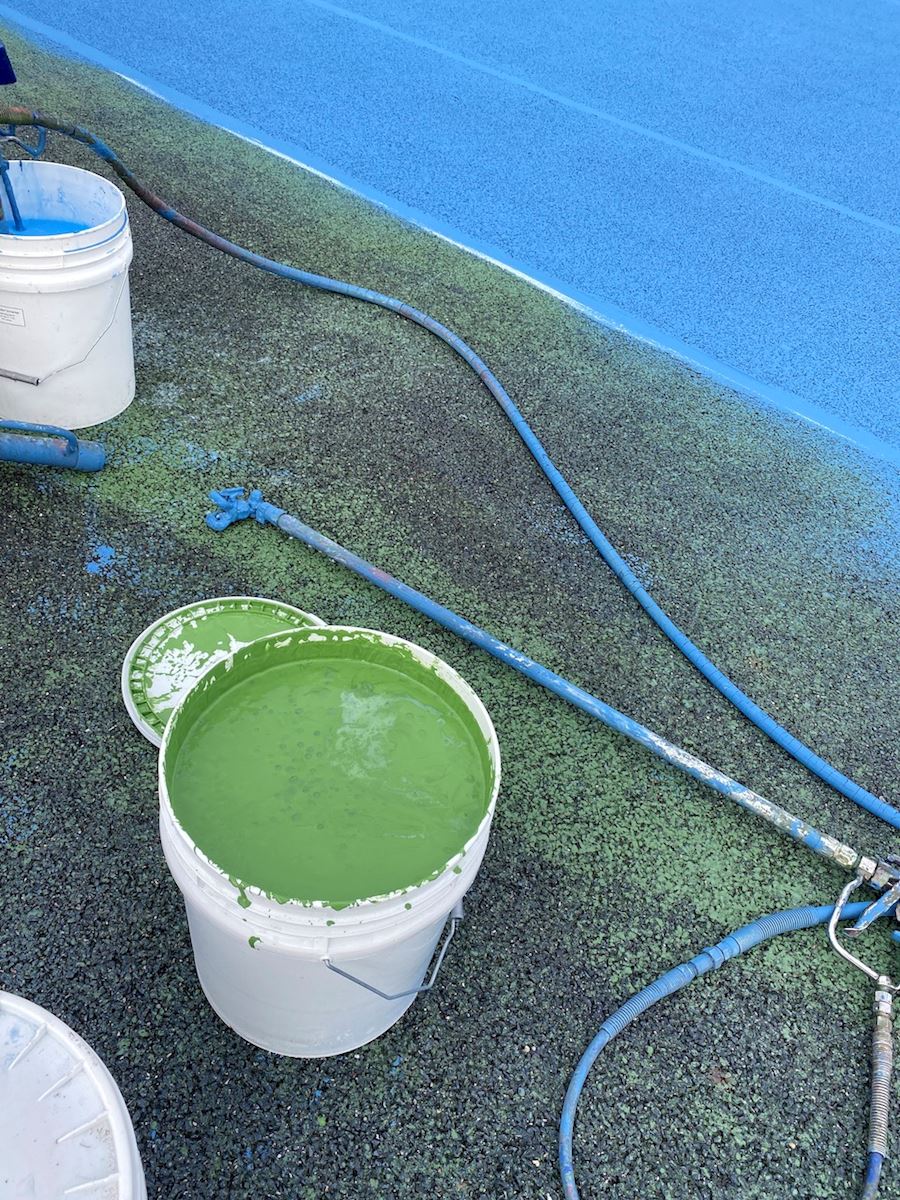 Then they paint the white lines on to the court, which they cover with masking tape (using an applicator machine). Next, they apply a binding agent to the courts, a sort of super-strong undercoat that protects the surface.

Once that is dry, they repaint the white lines by hand. The courts then need to dry for two days.

"The courts won't just look nicer. They will play better too, because the surface will now have a better, grippier feel,"  says Conrad Brunner of St Ann's Tennis. "And players will also appreciate the new net posts and nets. It's going to feel like a major upgrade."

St Ann's Tennis is still waiting for the new fence on the north side (Nizells Avenue), which needs urgent attention. We expect the overgrowth  to be cut back and a new fence installed in the next month or so. 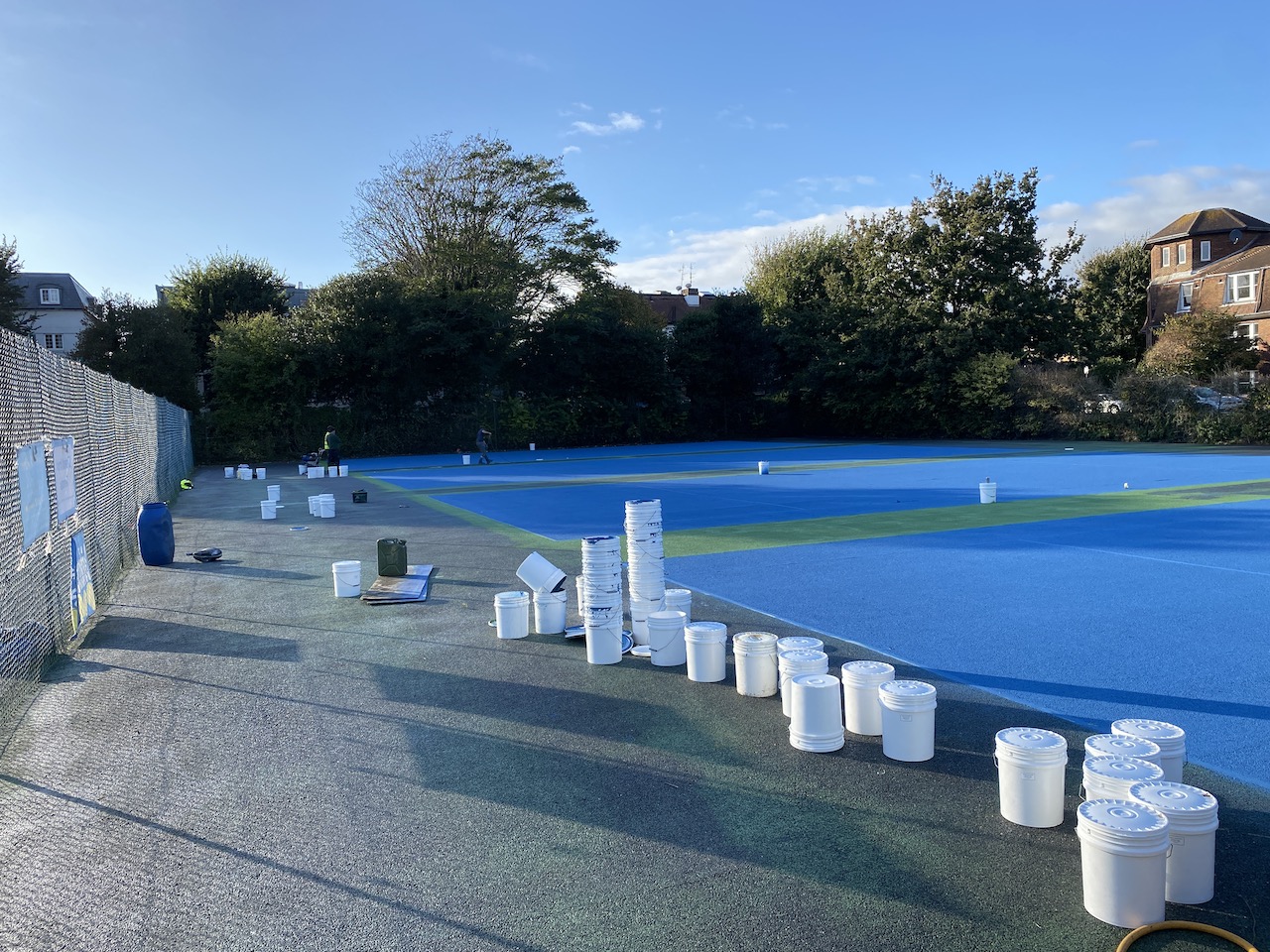