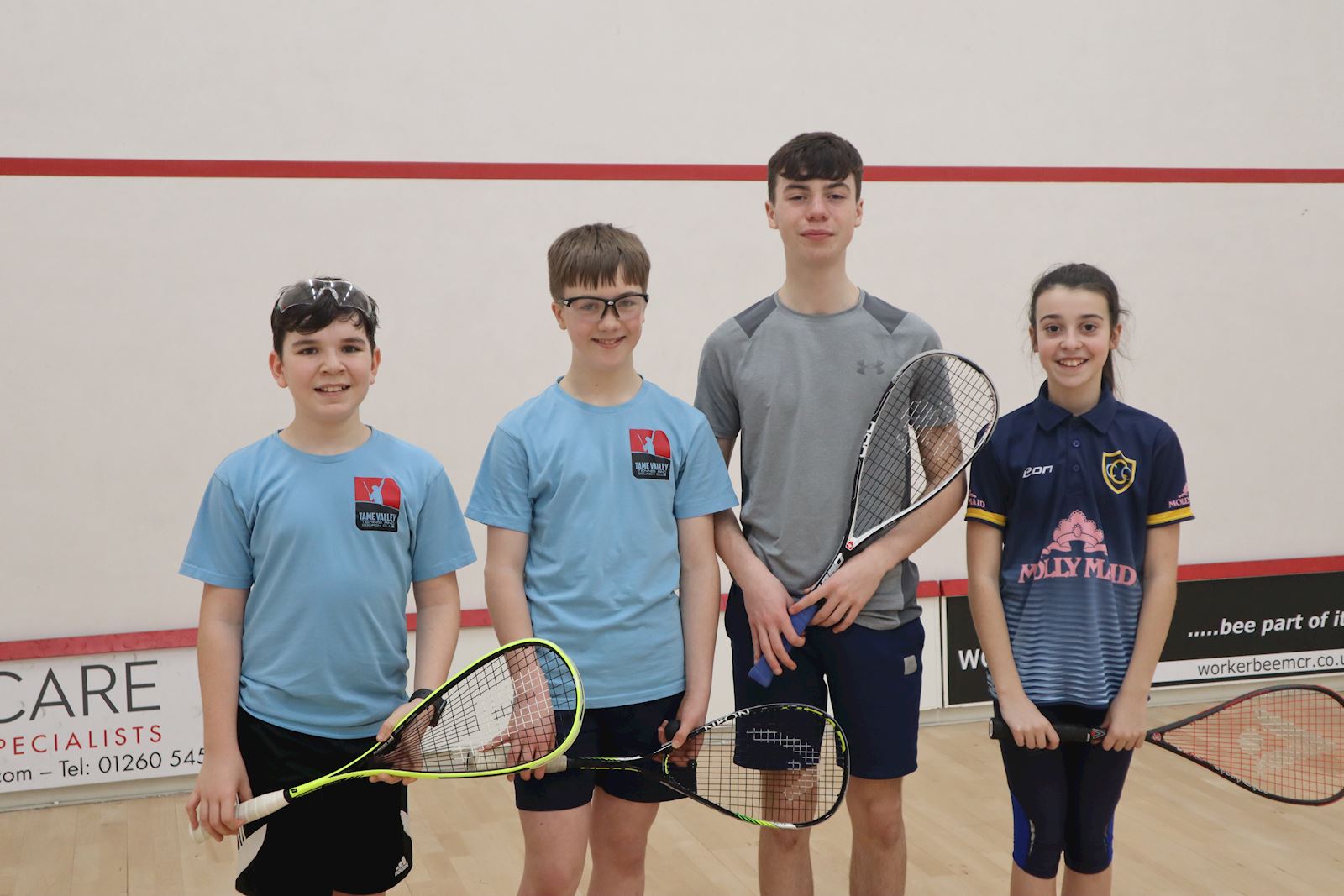 17thFebruary 2019:    Tame Valley Junior Squash Squad played in the inaugural Junior North West Counties league. The fixture was at The Northern Club, with 3 matches against junior teams from Knutsford, Rochdale and Northern.

The squad made up of Ketan Sloan, Lloyd Coulter, Oliver Sowden and Kate Sloan, won their first match against Knutsford, lost the second against Rochdale, and ended with a win against Northern.

The matches were intense, fun, and allowed the team to show off some real squash skills, learn from their mistakes, and get competitive. There was great support from parents for all the matches.

The squad were totally hyped with 2 wins, and ready to train for the next matches on 24thMarch. Next fixture is at home at Tame Valley and all are ready to celebrate more wins.