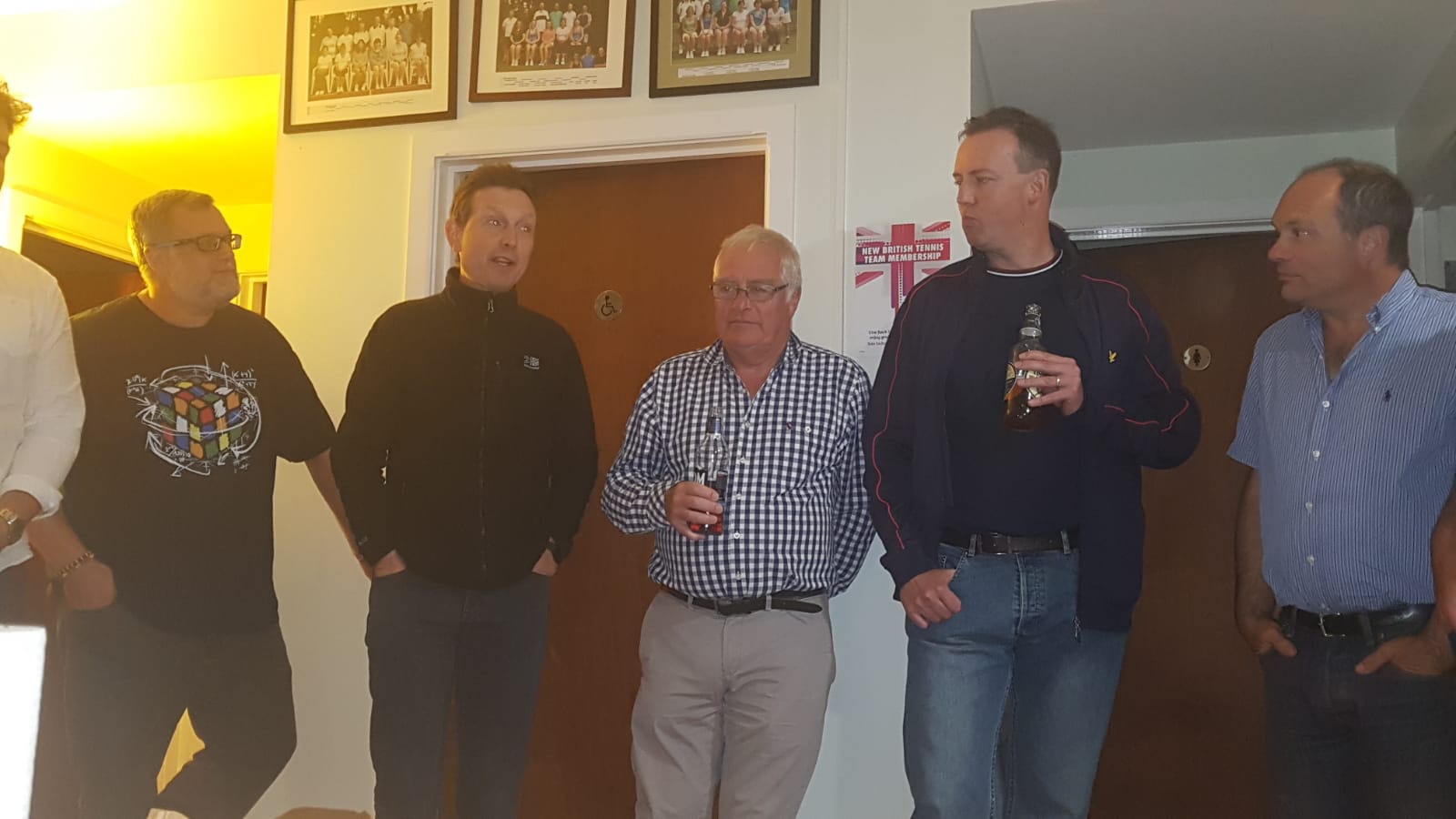 The end of season celebration  involved a range multifarious awards -  some serious and some less so with original prizes of mind games and Chinese puzzles all donated by Woody’s business, so many thanks to him. Some winners were not present but can collect their prizes. Just see Alison C and she will organise it.  Not in any particular order the roll of honour is as follows:

Best dressed: Hugh for his fluorescence

Worst dressed: James H for various ( an appeal is in place)

Hardest Hitter: James AB – some even went in!

Most items in lost property: Philippa

Special thanks to Graham for organising the league matches once again for the season.

A Chairman’s Special Achievement award was also presented to Woody for his tireless effort and enthusiasm in both recruiting new members and encouraging social play. I’m sure we can all agree it is very well merited!

An evening barbie went well, more for the drinks consumed than the timeliness of the food, as in time honoured tradition the coals were lit too late and James H therefore enjoyed a busman’s holiday in the kitchen cooking the food. Rob did finally manage to cremate a few lonely sausages on the barbie too. The last people left the club around 1am, and as a consequence Rob’s pallor the following day was whiter than Meg Markle’s wedding dress and much coaching was cancelled 😊

Thanks to all for making the season a memorable one, and to all those that helped in putting together a great celebration event.