On the 22nd February the Government published its roadmap for the gradual and staged easing of lockdown restrictions in England.  Restrictions will be eased across all areas of England at the same time.

The announcement confirmed that:

The LTA have produced a simple summary grid outlining what the Government's publication of the roadmap means for tennis activity from 29 March, and setting out the key relevant aspects for tennis in terms of how the roadmap will progress under each step, which can be downloaded via the link below.

This document will be updated as and when the LTA receives confirmation of further detail from Government and Sport England.

The clubhouse and courts will remain closed until 29 March. We are following the LTA advice and further updates will be provided when we receive further guidance.

Small but perfectly formed, Wheatley Hills is based in the heart of the community in Doncaster South Yorkshire.

Established as Wheatley Hills tennis club in 1954 we have a long history of welcoming players of all ages and abilities.

Our facilities include three all weather courts – two of which are floodlit, a practice wall, club house, viewing area and car park.  The courts have been repainted in May 2019.

Our members enjoy the benefits of a professional coaching programme as well as a varied timetable of competitive and social tennis. 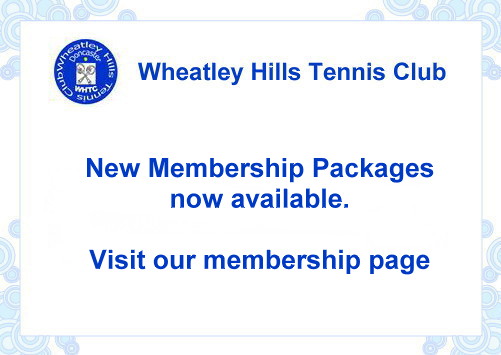 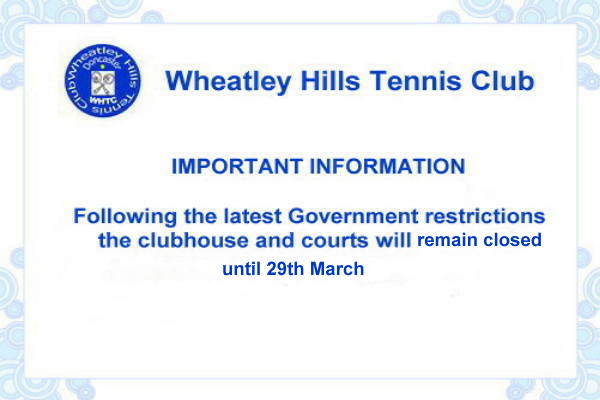 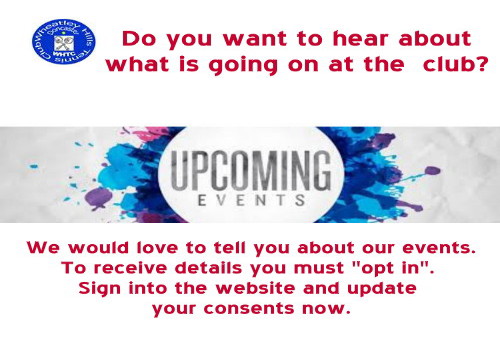