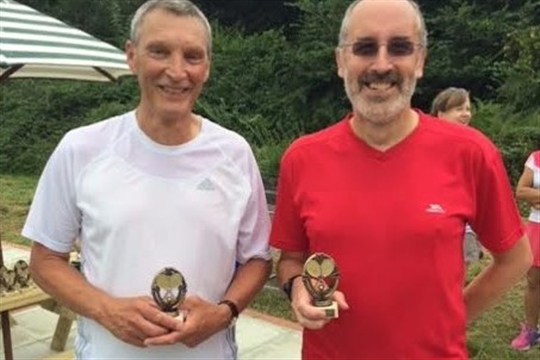 On Sunday, 3rd of September Worplesdon Club tournament drew the finishing line with finals in all categories.

Men's finals trophy was contested by Colin and Darius, with Colin emerging the winner of the tournament this year.

Congratulations to all the winners, runners up and all the players who took part in the tournament!