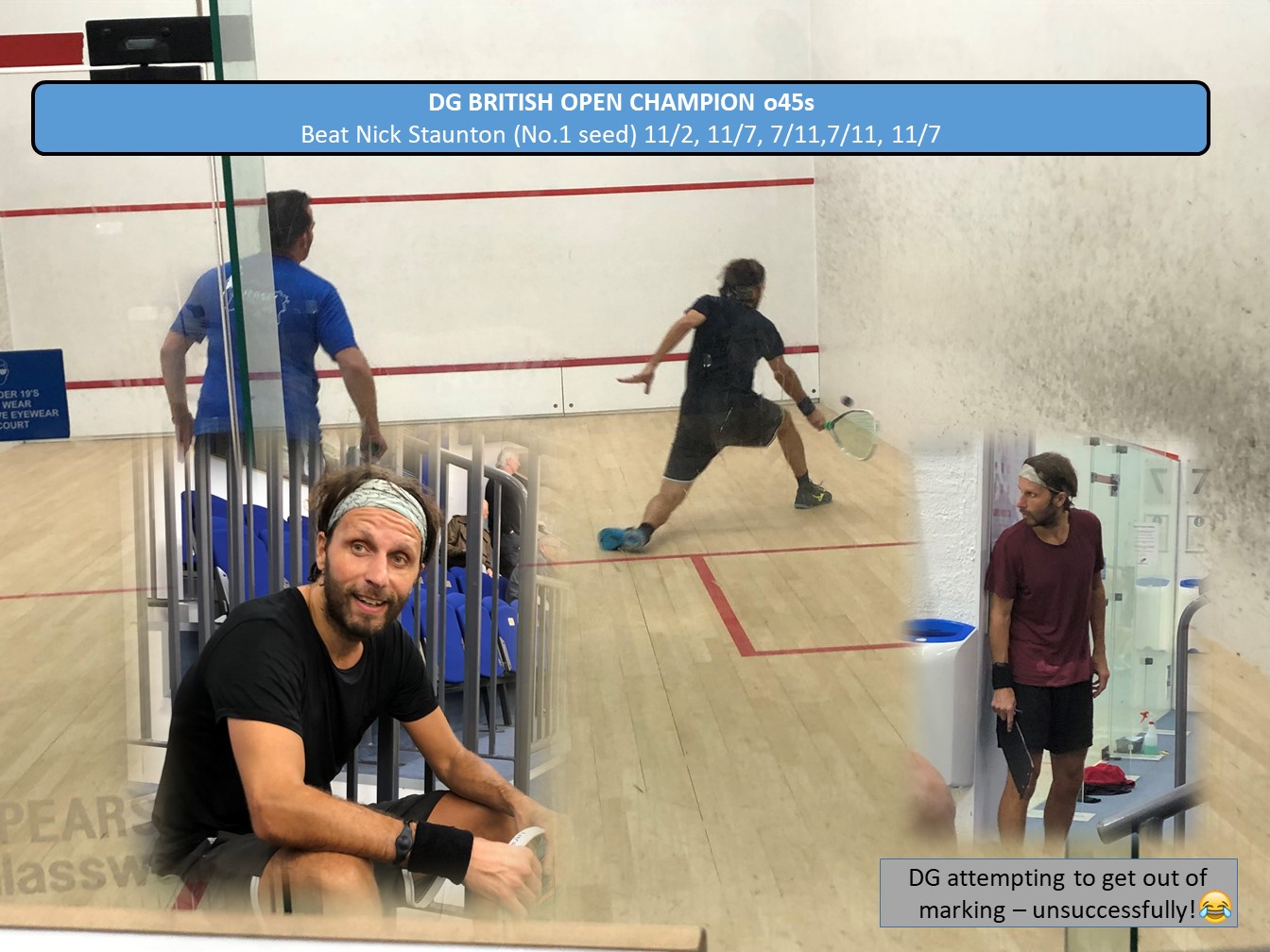 The Open was held for the very first time during the 15-17 October and included star studded names such as Nick Matthew 10 times British squash national champion and former World Squash number 1 as well as Sarah-Jane Perry World ranked No.5 Squash professional. Norfolk had a strong contingent of players all coming from East Anglia Tennis & Squash club. By the end of the weekend the squad had taken back 4 titles to Norfolk and just missed out on a 5th.

Highlights of the weekend were Dave Gouldby’s thrilling 3-1 victory in the final of the Mens o45s. Dave had already beaten the No.2 seed 3-1 in the semis and went on to beat the No.1 seed in a hard fought match. Matt Bolt lost gallantly in the quarter finals of the Men’s main event to Nick ‘The Wolf’ Matthew 3-0 but hit some excellent shots, his consolation was that he went on to take the British Open 035s title.
Jack Bell at his first major Racketball event went on to win the Open Plate and the B event an outstanding effort having to play six matches over the weekend to claim both titles!

Rob Hambrook was involved in one of the most gripping finals of the weekend, Rob was seeded 3/4 but came through to the final and was 2-0 up and 10-7 in the third needing only 1 more point for the British open o50s title! He eventually went down 11-8 in the 5th after 80 minutes of see-saw Racketball. The players received a standing ovation on the glass back court after an incredibly thrilling match. Rob gave everything and was so close to overcoming the No.1 seed.

Racketball is a fun, exciting and easy game to get started, East Anglia Tennis & Squash club (Lime tree road, Norwich) hold  Racketball sessions on a Wednesday afternoon and evening, non-members can come along and see what it’s all about!

It’s easy to start but hard to stop!