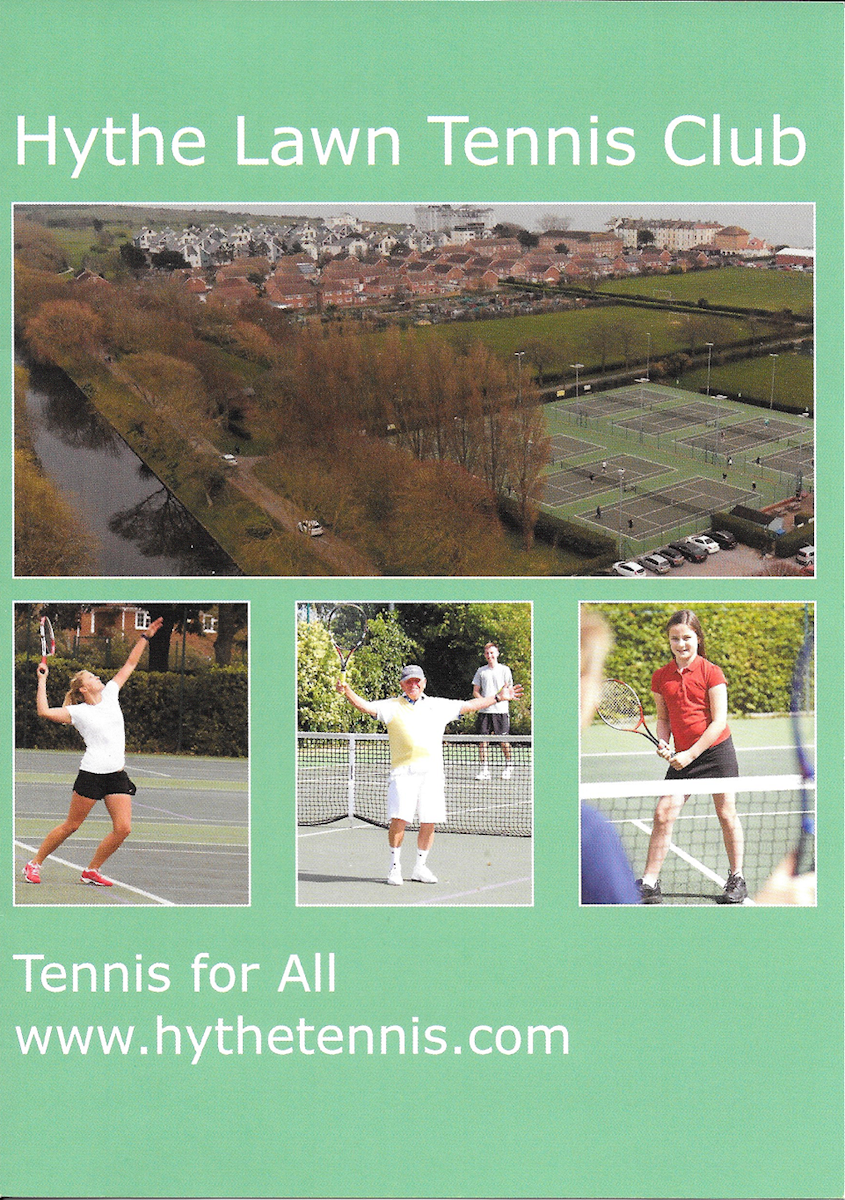 The club was formed in 1889 when it was connected to the Hythe Cricket Club. After 57 years, in 1946, the tennis club was separated from the cricket club becoming completely independent. Rumour has it that Hythe Lawn Tennis Club is one of the oldest tennis clubs in the world!

We are a family-friendly, non-profit, Charitable Incorporated Organisation (run by our members for our members) situated in the Cinque Port town of Hythe in Kent. All money made is placed into the club funds and used to continually improve and maintain the best standards possible to provide amateur tennis facilities for the local community & visitors to the Town.

HLTC offers a number of ways to enjoy tennis. For juniors we offer individual and group coaching sessions as well as the chance to participate in fun tournaments and holiday clubs. For adults we have a range of individual and group coaching sessions, Ladies' Morning, Cardio Tennis and Midweek Mayhem for the over-50s. There's also the opportunity to play for the club's teams and we run social mix-in sessions twice a week where you can meet and play against other members. We also have bursaries available on application to make tennis more accessible by helping to cover the cost of membership or equipment.

Hythe Lawn Tennis Club has provided social and competitive tennis to the local area for over 125 years. We have significantly upgraded our facilities over the last few years with support from the LTA, Sport England and Kent County Council, which has helped to successfully expand our junior and adult membership.