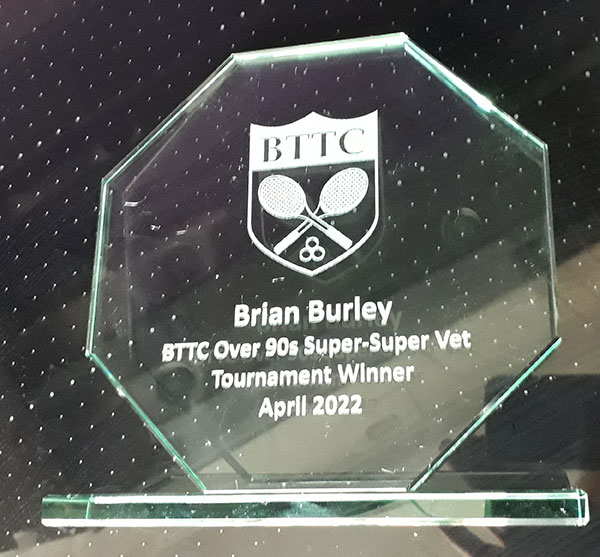 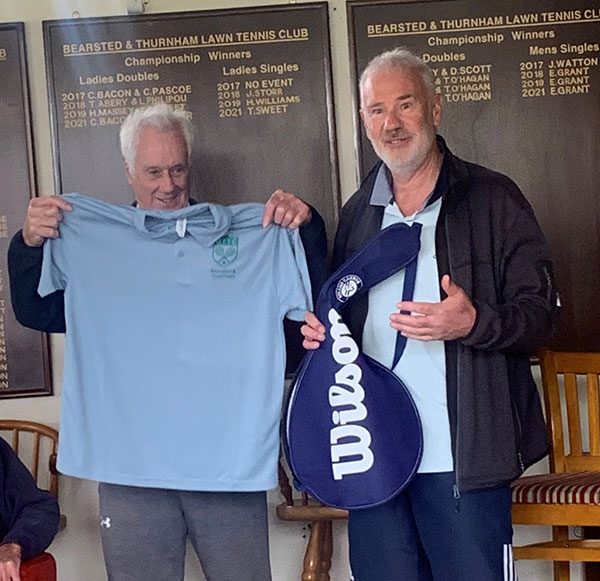 On April 9th, Brian Burley celebrated his 90th birthday, making him the oldest playing member in our Club. Anyone who has played with him will know that he still plays a great game. On the 8th, he played with around 20 of his friends (in turn!) at 10.00am for 2 hours, followed by a buffet lunch in the clubhouse where the numbers swelled to 30. A Downsmail reporter was in attendance, who took some photos and interviewed Brian and many of his friends. Do look out for their article, expected 21st April.

Brian's friends clubbed together to buy him some tennis gear presents. David Burton made a speech and presented Brian with a special trophy on behalf of the club. Brian has long complained that the tournament entry age for super-vets being over 55's was ridiculously young, so this trophy made up for it !

Lesley Goodair (his sister) and Jilly Deeker Harris put on a fabulous spread and a good time was had by all.

Brian is a real testament to "Tennis is a Sport for All Ages". Well Done, Brian !