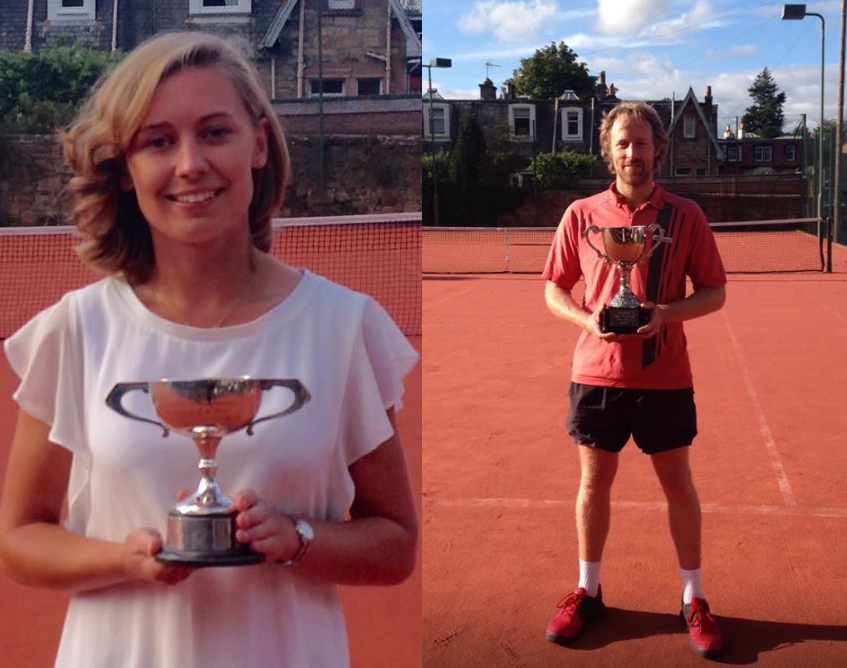 Catherine and Sheila combined to win the Ladies Doubles against the upcoming McGill sisters,  Rob also achieved a Club Champs Double in teaming up with Matt Colvin to overcome Ruairidh Watson and Head Coach, Ian MacKinlay.

And in the Mixed Doubles, Helen Colhoun and Peter Niccol triumphed against Elspeth Primrose and Colin Reid.

On Sunday 9th, it was the turn of Blackhall's Junior to showcase their skills. Another day of entertaining tennis for spectators and congratulations to the winners below!