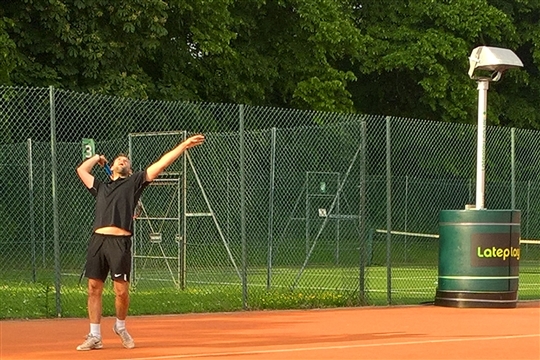 There are 5 matches planned for 18th June.

In the mixed doubles, Duncan joins Karen Hirst (2)to play Jos and Heidi Bailey (7) - winners to play Steve Coleman and Helen Judd in the SF. In the consolation draw, Colin Wooldridge and Frances Zeris play Mike Harris and Joanne Bernstein.

Earlier on in the day; Colin partners Rob Goater to play defending champions, Graham and Ted Alty in the mens doubles consolation draw.