As benefits the premier tennis club in South Wales, the club has a first class coaching team headed up by John Williams.

The coaching team offer individual lessons and comprehensive group programme that cover the full spectrum of tennis ages and abilities. Whatever your tennis ambitions are, we have a coaching programme that can help you realise them. 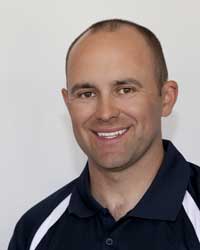 The club Head Coach, John Williams, holds a full LTA licence, and secured the LTA Senior Performance Award in 2011. Before joining Cardiff LTC in 2002 John was Head Coach at Mackintosh LTC and Penarth LTC and also worked with National Ranked Players as a coach with Tennis Wales. John was a Singles and Doubles Welsh Champion from Juniors to Seniors and represented Wales from U14 to recently in the Over 35 age group. He is also Captain of the men’s 1st Team which has won the South Wales Premier Division for the last 6 seasons without losing a match. As a result they have won ‘Team of the Year’ in the Tennis Wales Awards.

John’s main focus is to increase the amount and level of competitive and social tennis played at the club. To this end he has designed, and personally oversees, a comprehensive and totally inclusive coaching programme, which focuses on improving technical skills, fitness levels and tactical awareness for all ability levels, from the complete beginner through to Senior Welsh Champions. Players that have come through John’s programme have won National Events, won Welsh Titles at various age groups including the Open event, represented County and Wales, but also gone on to gain Scholarships in American and British Universities as well as Millfield School. Some have also become full time tennis coaches.

John has also won the ‘Coach of the Year Award’ in the Tennis Wales Awards. 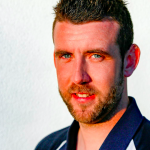 Daniel was awarded the Club Coaches Award in 2015, and holds a full LTA Licence. Before joining the Cardiff LTC Coaching Team, Dan worked with performance players for Tennis Wales and at Cardiff Metropolitan University. Dan has represented Wales in the Home Nations, and South Wales in the County Championships. He has also played Junior and Senior National and International events. Dan has been part of the successful Men’s First Team, and he captains the Aegon Team in the GB National Division.

Since joining Cardiff LTC Dan has coached all standards of members on an individual basis, as well as leading group coaching, tennis camps, and being part of the team that took a group of juniors to play in the Torbay Open summer 2015. Dan has just taken the role as a coach on the club’s Schools Programme, which aims to give children their first taste of tennis.