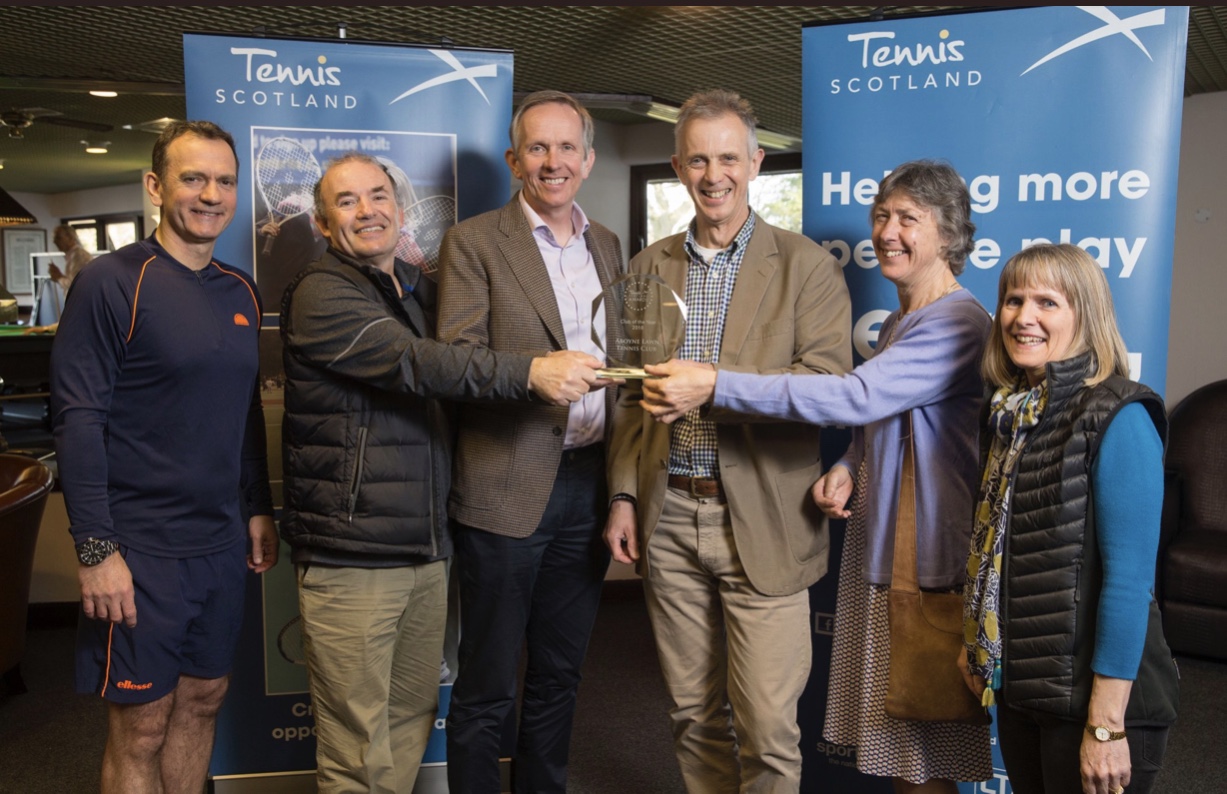 Aboyne Tennis Club has been crowned Club of the Year at the Tennis Scotland Awards 2018, after missing out narrowly in 2016 and 2017.

Founded in the early 1900s, Aboyne Tennis Club has become a key part of the local community.

With members ranging from just five years old to 73, the club caters for people of all ages and has seven active competing teams.

Club chairman Brian Howell said: “It’s a privilege to be recognised as Scotland’s Club of the Year.

“Having just completed a major project to refurbish the courts and install LED floodlights we are delighted that our membership has grown, and our junior section is thriving with both boys and girls competing at area representative level in most age groups.

“We are keen to build on this by becoming an ever more vibrant, inclusive club promoting tennis in Deeside.”

In a £170,000 project, the club’s four courts were completely refurbished and new floodlights installed in 2017.