In separate events for boys and girls Middlesex swept aside Norfolk/Essex/Suffolk and Bedfordshire.
So into the finals.

The top 8 Counties in the UK headed for the Silksworth Tennis Centre in Sunderland.
3 Counties to beat in the Round Robin.
The Girls, seeded 1, overcame Bucks, Cheshire and Kent.
The Boys, not seeded, overcame Cheshire, Yorkshire (seeded 3) and Herts (seeded 1).

So to the finals.
The Girls vs Herts. "Feeling great with the pressure" [Flavia Fabrini girls Coach and Vice-Captain]

The Boys vs Kent. "We'd been through a great deal, but I had so much faith in my players" [Peter Neathey boys Coach and Captain] 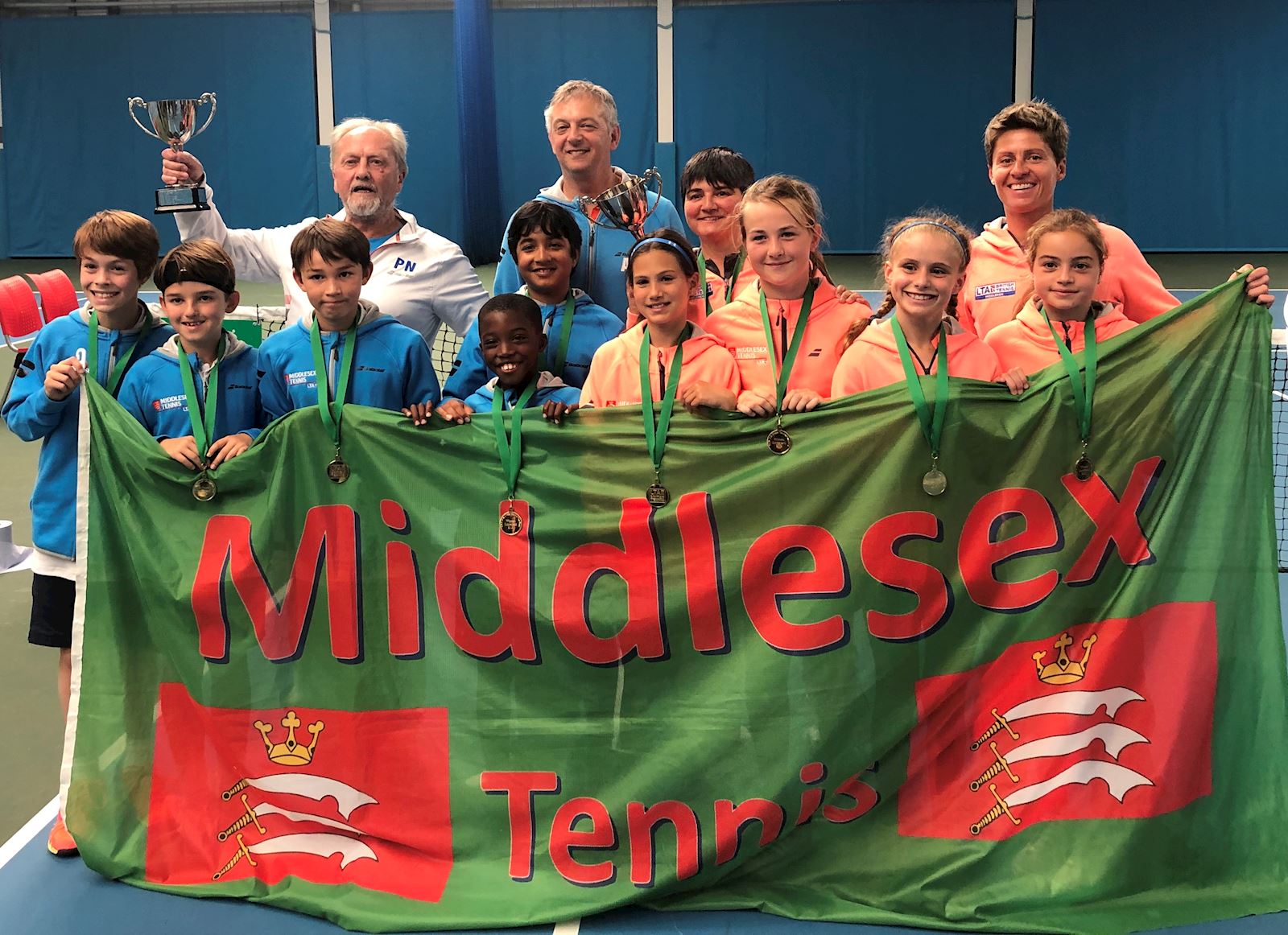