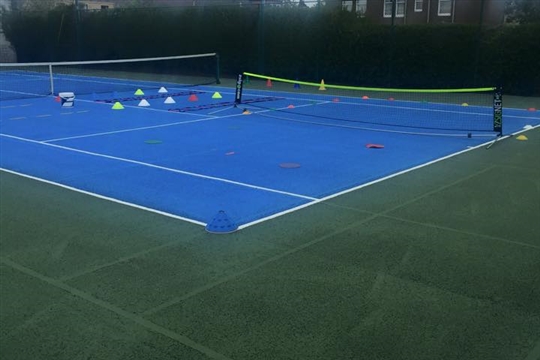 In 2004, the Club began to raise funds for a Youth/Disability Project at a cost of £27k over three years.  This involved contracting a suitably qualified coach to run the scheme and also purchase the necessary equipment.  Lesley Thomas DCA was contracted to undertake this work and the Project has run continuously since 2004/5.

The Project has been extremely successful and is currently  funded until December 2014.

The main aim of the project is "the development of tennis play and coaching opportunities for young people and those with disabilities who are interested in becoming part of the tennis programme."

The project involves work with and providing a range of services for both those with a disability and also able bodied young people.

The Youth/Disability Project would not have been possible without the generous funding from numerous organisations.  The Club holds fundraising events throughout the year, however, it is the funding from outside bodies which has allowed the Club to continue to run the project.

The Club would like to acknowledge the following organisations and individuals for their financial support to the above project since its inception in 2004/5: