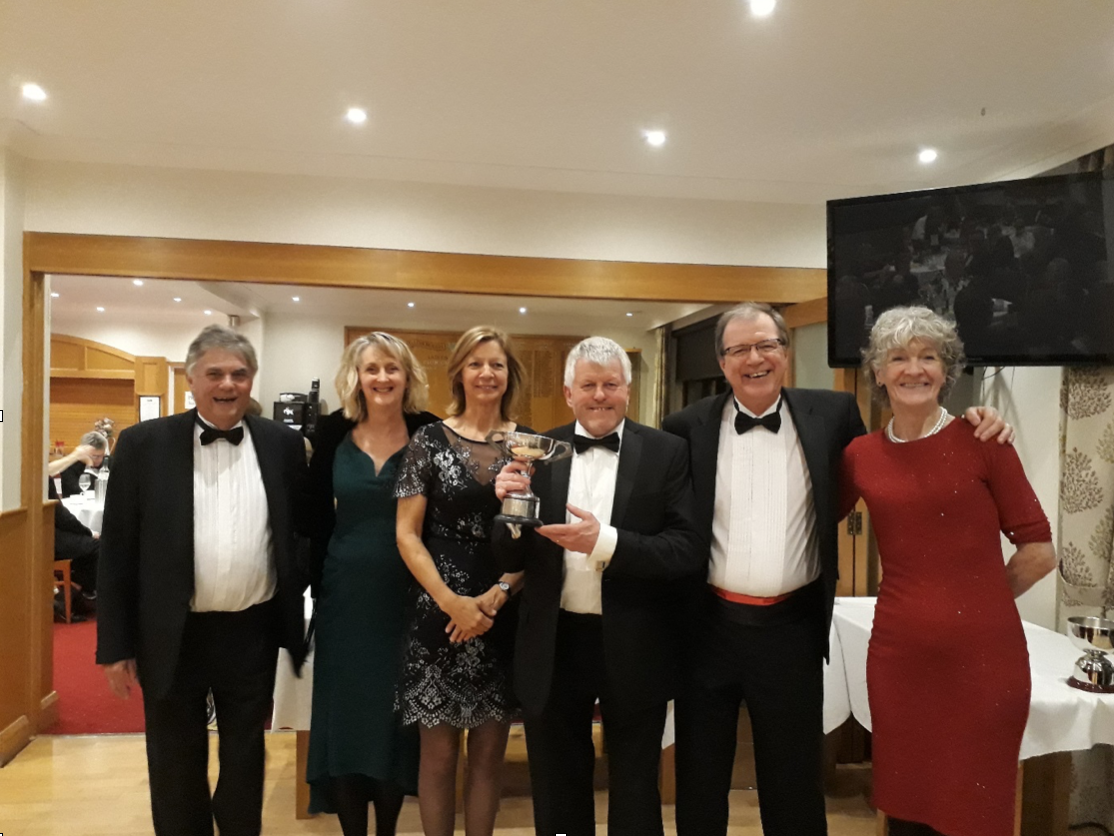 At the prestigious Aylesbury and District Tennis League awards ceremony, and cheered on by over a hundred attendees from tennis clubs across the county, Long Crendon picked up five trophies and awards.  The best season ever by far! The trophy winners were:

The best was yet to follow though, when Long Crendon was awarded the equivalent of “Best Picture”, which was “Most Improved Club” based on an ADTL algorithm of results analysis 2017/18.  A proud achievement by our small club who were represented on the night by Karen Copping, Neville & Jane Pimm, Alan & Ronwen Lovell and Terry & Bob Merry.  Congratulations and celebrations to all those club team players who battle the elements and opponents Winter & Summer to bring home such success. The trophies and certificates will be displayed in the hut soon.

Needless to say your erstwhile representatives celebrated and danced into the late night in true Oscar party style to strands of “Reach for the Stars”, “We are the Champions” and sundry other disco goodies!