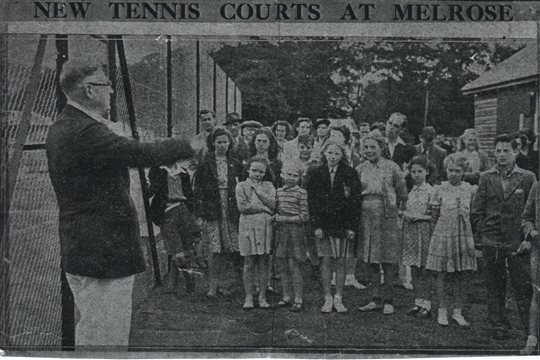 George and Margaret Bunyan were instrumental in starting up the club, with a lot help from Will Grieve and Mac Brown.

Before the clubhouse was built, we used to arrange American Tournaments using Tony Armstrong’s caravan and a tent loaned by Melrose scouts to provide some sort of catering and respite from the weather....ah those were the days!

Club Championships were fiercely contested from the start but at that time we had one ladies and one mens team, both of which played in the second division, so we have certainly come a long way since then!

In May 2000 the club had sufficient funds to buy a former timber shop from up Dingleton Road and then re-erected it as a clubhouse in Gibson Park after receiving planning consent from SBC. This was all the result of club fundraising efforts and the successful applications to various local and national sports awarding bodies.

Summer 1998:  180 members were recruited & the first friendly fixtures were played