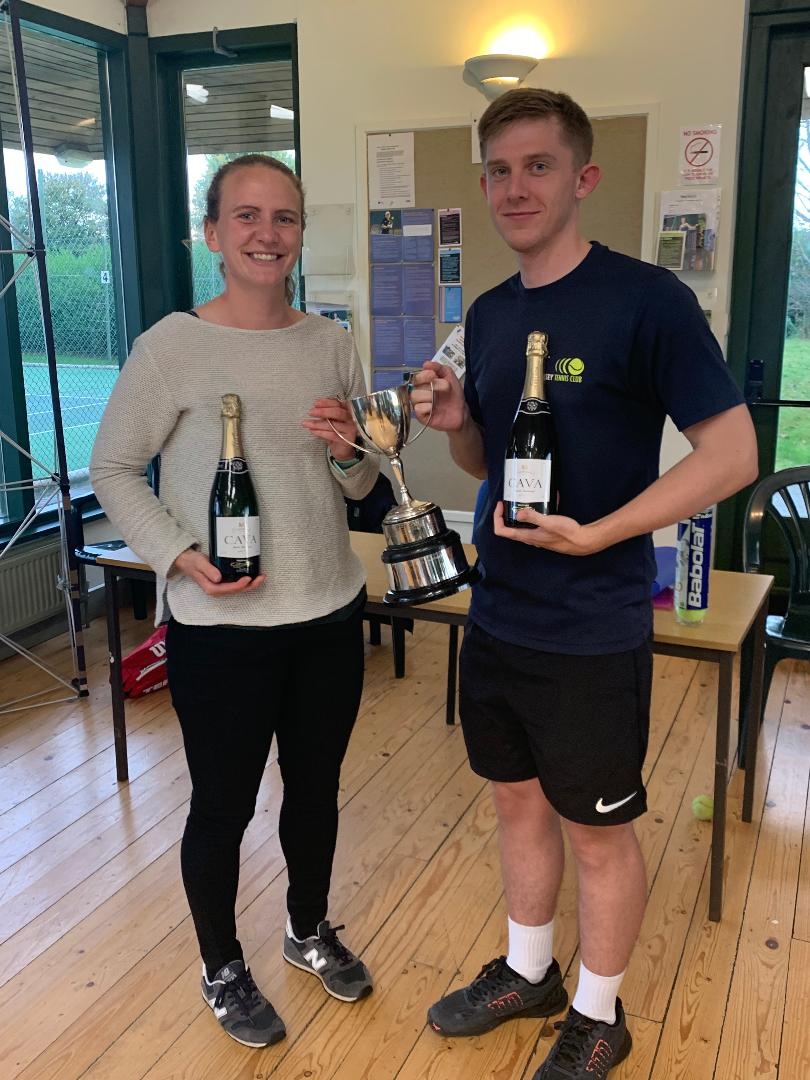 A superb afternoon of top class competitive tennis saw competitors for Pewsey and further afield play their way through a group stage before entering a knock-out  stage, ensuring that there was lots of tennis played – all superbly managed by club president Amanda Foxton.

RESULTS - Pewsey pair Sarah Lucas and Christian Blair triumphed in a hard fought final against visitors Louise and Jeremy Du Toit. This is the first time in recent years that a Pewsey Pair has won the Pewsey mixed open trophy so well done Sarah and Christian!  Pewsey pair Hannah Booth and Chris Roberts also took third place honours in an enjoyable play-off tussle with last year’s champions Rhae McCartney  and Andy Dickinson.  The Plate final was an all Pewsey affair between Mary Martinsen and David Nicholls and Amanda Hampson and Matthew Popham who came out on top. (See Photos)

After the finals were completed, club chairman Colin Gratton presented the prizes to the winners, thanked the organizer (Matthew P) and caterers and everyone for coming along and making the event a great success – £300 was raised on the day for the National Autistic Society which will be spent on a local project in Wiltshire.