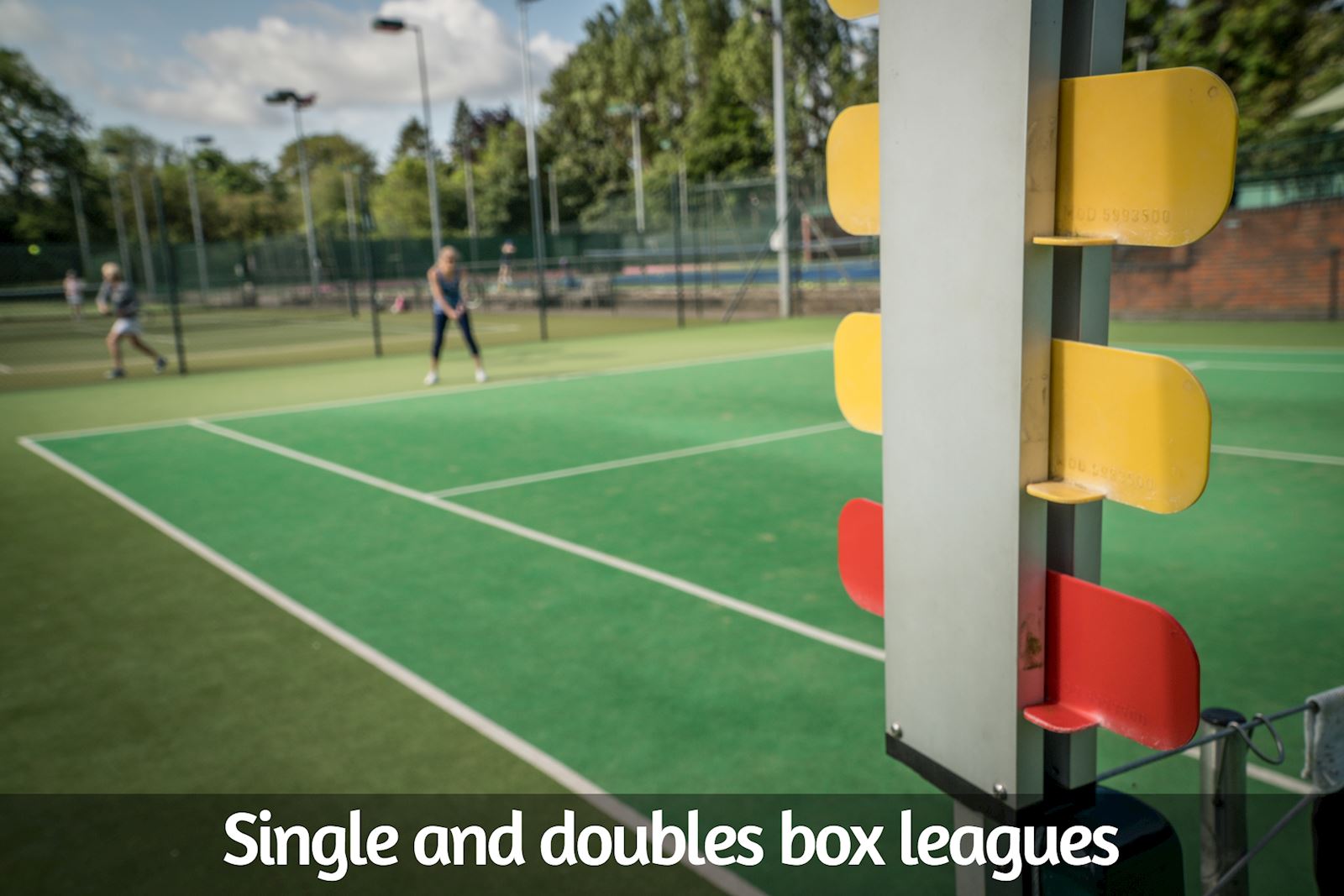 Play in our club winter box leagues. Choose from:

The box league programme, running from September to April, gives tennis club members the opportunity to play a wider group of players. The box leagues are comprised of divisions, each division containing 5 or 6 players or doubles pairs. All matches are then played weekly and completed over a 5 to 6 week period. Scores are recored on a board and at the end of the period the winning players/pairs are promoted up a division and the losing players/pairs go down a division. The club has over 100 members, across all abilities, regularly playing in these leagues.

To find out more: