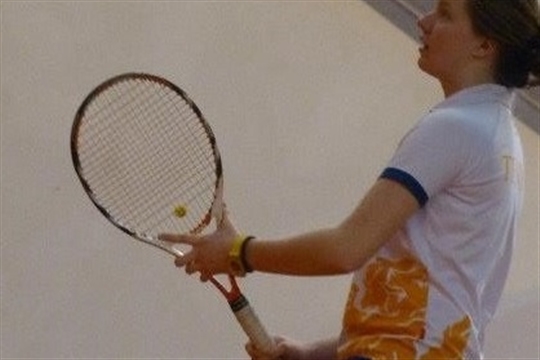 Evie Harrison is the name and tennis seems to have been the game for most of my life. I've recently started working for Sport Birmingham as a Project Co-ordinator. Prior to this I worked as an intern for Sport Birmingham on their Women Make Coaching Project which is quite a big passion of mine getting more females coaching and supporting those that are already coaching. I did this alongside studying for an MSc in Sport Policy, Business and Management at the University of Birmingham. Whilst studying at university it allowed me to reconnect in terms of playing tennis something which I’d always done but fallen out of love with during A-levels. The BUCS team format allowed me to feel like every Wednesday was a County Cup fixtures and as a result allowed me to make more of contribution to the club. Fast forward five years and I now coach both the Womens and Mens teams since going through the club setup as well serving as the Club and Vice-captain. The biggest achievement for me personally was receiving University colours for my contribution to Sport at Birmingham.

As a five year old I got into tennis through a combination of being quite boisterous but also too competitive for your average dance class. I remained at Corby Tennis Centre for the next ten years as part of a promising crop of players many who have since gone on to play in America on top scholarships or have attended British universities whilst still competing at a high level.

I got into coaching through a combination of ways being at my local tennis centre in my teens as well as wanting to earn a little bit of money from a job I enjoyed. Aged 15 I worked as an assistant to a number of qualified coaches and helped at Mini Tennis competitions, then at 16 I obtained by Level 1 Assistant qualification continuing to work alongside fellow coaches. My friends and I had no female coaches apart the one female referee at a number of competitions. For myself being the only female coach never particularly bothered me. I was lucky in the fact that I had very supportive coaches around me such as Kevin Hoey, Stephen Comber and Craig Howarth. A year after my level 1 I achieved my level 2 and was able to coach at my local club under the umbrella of a qualified coach. This enabled me to work with Kevin on some of the mini tennis development squads as well as help out at Medbourne Tennis Club. The time spent closely working under a more experienced coach allowed me to actively learn tricks of the trade but also not be afraid to try out new things. Since working at my local tennis club I've been able to coach tennis at Camp America for a range of ages from 5 to 17 and also become involved in coaching the development side of my University's tennis club; introducing tennis to beginners as well those who are on the brink of BUCS level participation.

I became interested in the Tennis in Birmingham project after seeing the sister one in Nottingham, in operation. I also became very aware that despite living in Birmingham for five years I still didn’t know that much about clubs and schemes across the city. The theory being working alongside a project like Tennis Birmingham will enable me to discover the different types of tennis across the city as well the diverse groups Warwickshire LTA interact with.