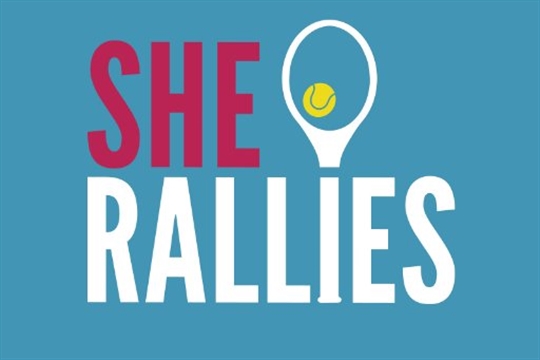 A room full of women. That was my first thought when attending the first She Rallies Conference in Birmingham. How many times I’ve been to conferences or on coaching courses and be in the female minority it made a refreshing change. Refreshing is the term I would use for the day, each speaker carefully picked brought snippets that coaches could take away there and then. The punchy Emma Doyle delivered an engaging talk on use of language and how the subtle differences between the sexes in terms of engagement can make the world of difference. Even such simple things as telling girls why they’re doing a drill as opposed to making everything an individual competition. This was then juxtaposed with Caroline McHugh end talk on realising yourself and potential a real uplifting close to a great day. In between Sue Mott spoke of her journey as a female journalist in at the time a male dominated field, Dr Leanne Rimmer on Mental Skills Training and Emma Wiggs on her journey to winning Paralympic Gold medal to name a few.

She Rallies kick starts as the LTA are seeking a wealth of insight into the female side of the game headed up by Claire Brown Women & Girls Strategic lead. Step forward Judy Murray with a multi-faceted approach to tackling the key issues in the British Women’s game such as a lack of female coaches as little of 23% are currently registered with the LTA. Murray also wants to address the teenage drop off in play with a number of kick start programmes, give girls the confidence to try tennis but also improve the level of mini tennis with the Miss Hits initiative. She rallies wants to give females whether that be coaches, volunteers or parents tools to give female tennis a buzz such as how to run a fun day, a recreational and team based competitions. It’s incredible to think that initiatives like Miss Hits was developed with Murray’s own direction and not to mention money! The initiative that sees players interact with characters which embody the different shots has taken off in UK and is soon to be tried in Australia alongside Emma Doyle’s work. Ideally the She Rallies coaching element will develop to help promote female coaching needs such as working towards female only coaching levels at times feasible for mums and continue to host a number of development days like this conference whilst addressing the 23% current level of female coaches.

It’s hoped the ambassador skills camps that were conducted alongside a number of conference all alone the country will develop a women strong workforces in a number regions. These ambassadors will then recruit other female coaches and volunteers with the aim of creating this hub for development. It’s unknown the extent of how big this female heavy work and development environment could be but from my own perspective I can see the benefit of young female coaches having role models readily and accessibly there to support their coaching journey. Only time will tell, as Judy Murray interestingly put “Any Sport is only as good as it’s grassroots”.