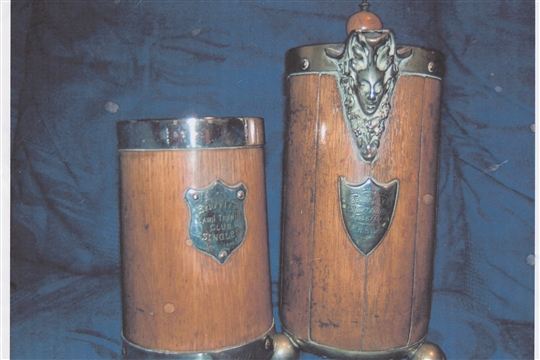 The Club is part of Beverley’s history having been in existence since 1880; as such it is one of the country’s oldest tennis clubs. Recently discovered trophies identify the Rev F H Hill as men’s singles champion in 1880, a year in which Beverley narrowly overcame a Scarborough team and met others from Hornsea and Ferriby.

Dr Colin Gregory, a member of the Club, became a Grand Slam champion when he won the Australian Open in 1929 and went on to captain the British Davis Cup team for many years.

In 1962 the Club created its first two hard courts and today there are seven all weather artificial grass courts providing year round opportunities for coaching and play.

Painstaking research of the Club's archives and records has been undertaken by Kathleen Horrocks, for which the Club is immensely grateful.