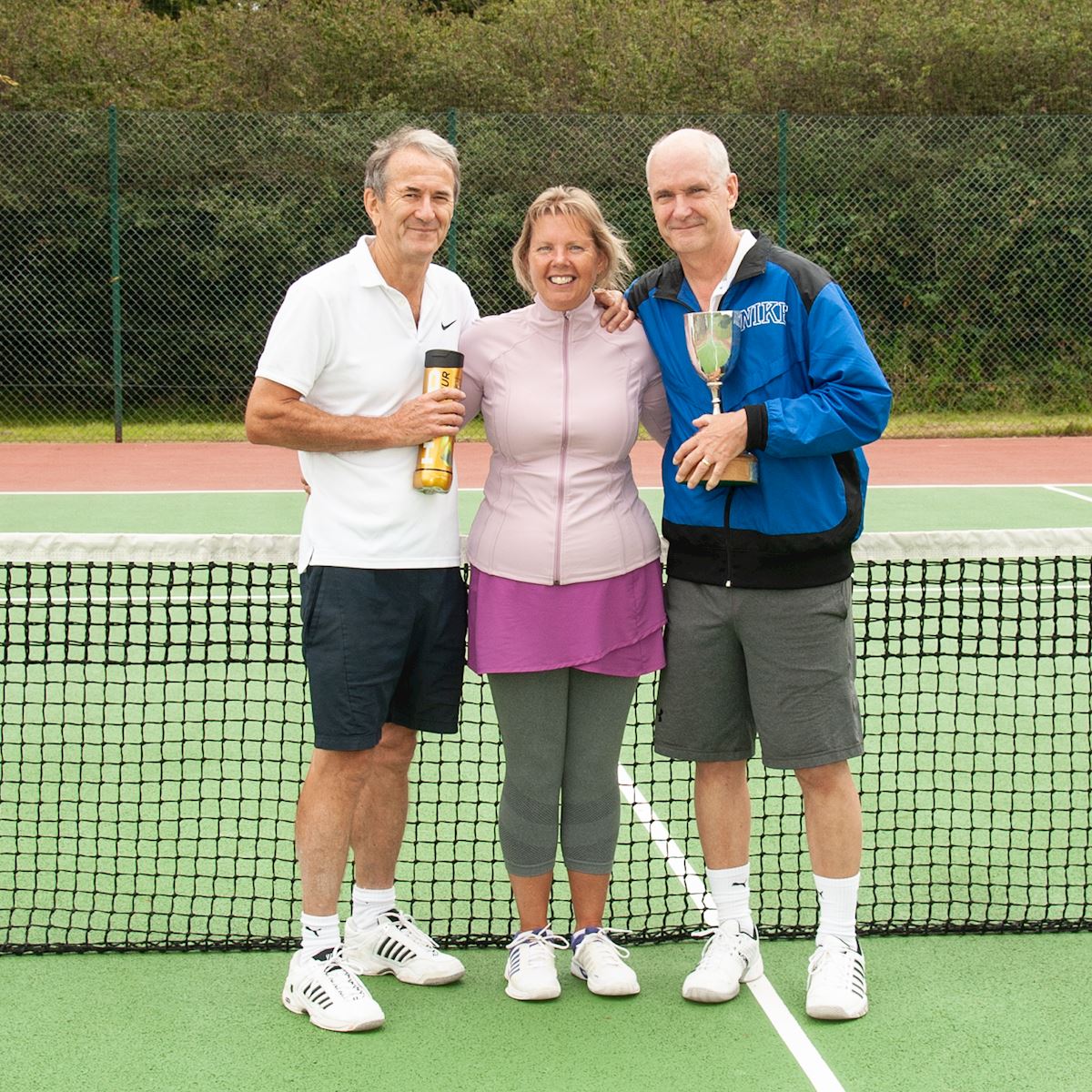 Our club has had one of the most successful summer seasons in recent history – particularly the ladies first team, Horam League first team and the juniors.

The junior section of the club has had a hectic season, when Head Coach Greg Watson was named as Sussex U9 team coach and will train the best in the county on a monthly basis.

A total of 30 children aged between 6-15 years competed in the Team Challenge events at various clubs throughout East Sussex, and many also took part in the Sussex Team Tennis leagues, with some amazing results and some excellent performances. The U9s defeated Maresfield and Meads, the U10s beat Storrington, and the U12s recorded victories over Horam and Maresfield.

The recent club finals weekend was blessed with ideal tennis weather, and in one of the longest matches between two members of the older generation, Club Captain David Tomsett outlasted Club Chairman Roy Broad to win the men’s singles title. Other highlights included the ladies doubles final which pitted first team captain, Gill Luis-Ravelo and second team captain,, Jo Chopping against Sarah Keegan and Teresa Hamilton, a match that lasted 2.5 hours before Gill and Jo secured a hard-earned victory 7-5, 5-7, 6-1. Gill also teamed up with Horam League second team captain Simon Hollingdale to take the mixed doubles title over Leesha Daniells and James Spurgeon. Simon and James took the men’s doubles title over singles finalist Roy and his partner Eric Hunter. The Laker Plate, for first round losers in the mixed doubles, went to Alex Twiddy and Alistair Guest, who defeated Jo and Steve Morris.