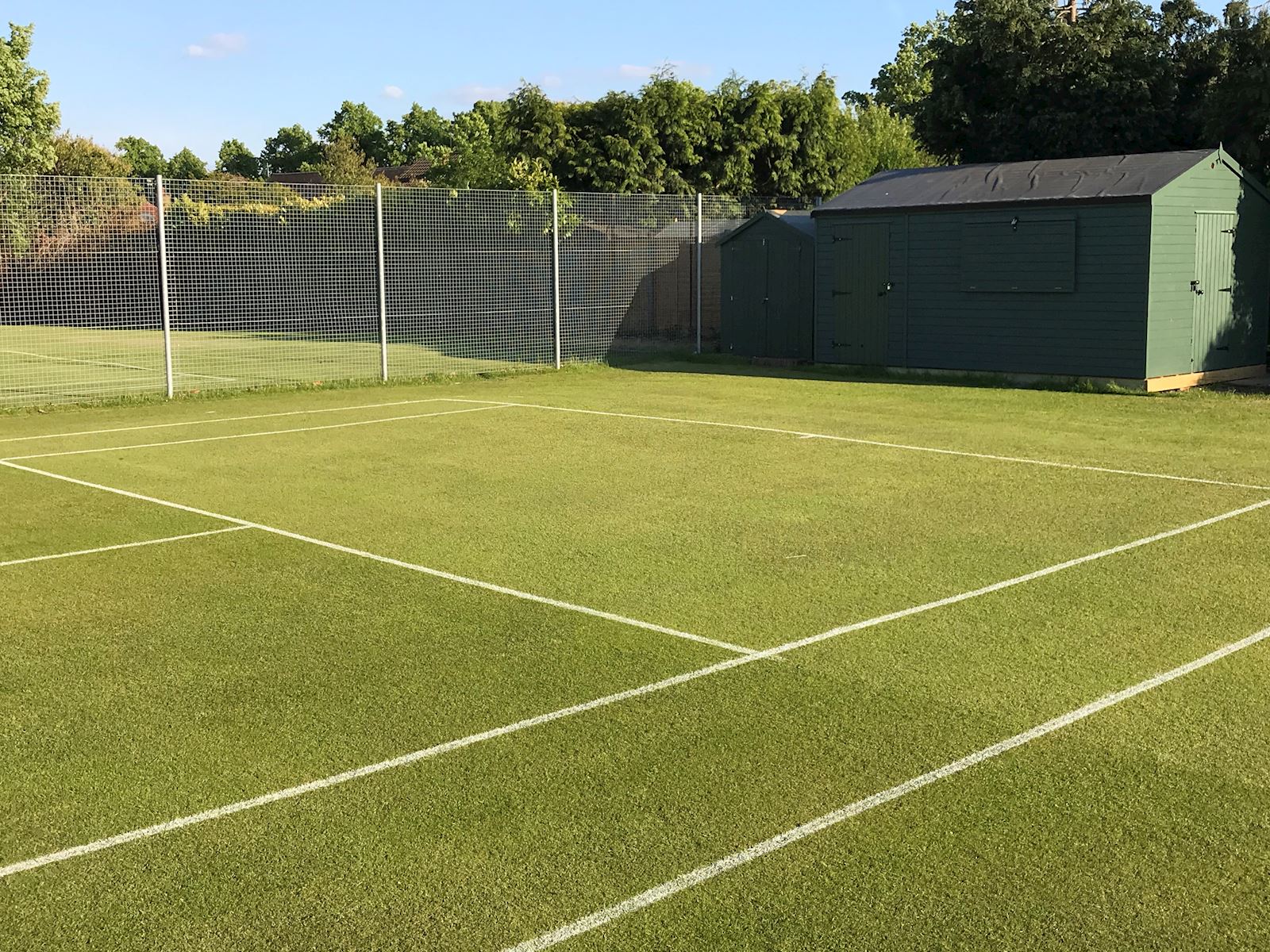 Our club was founded in 1923 by members of the Baptist Tabernacle Church and was originally called the Tabernacle Tennis Club.  They used to play on grass courts in Water Lane.  Back then, committee meetings used to start with a prayer.
For many years, a large proportion of membership was from this church and the last representatives left in the 1970s.

The name Grosvenor originated from Grosvenor Road, which was the home of a former secretary, Mrs Goss (resigned c.1948).

The club has played on the courts in Cassiobury Park since 1942.  During the war, Lawrie Wilson who served as club chairman from 1940s to 1972, was the only male member.

Our previous club hut was built in 1956 from funds raised entirely by members and it stood strong for 64 years.

The committee, led by our chairman Aaron Gransby, secured funds to replace and upgrade the hut in early 2020.