Sign up for the tennis club newsletter (for members and non-members) about what’s happening on the courts and off the courts.

If you have children then you may want to sign up for the Junior Tennis Club Newsletter for periodic details of junior coaching and junior related events and news.

We are a friendly club, providing facilities to support and encourage the playing of tennis for all ages and abilities from Congresbury and the surrounding area.  We have three courts (2 hard courts recently resurfaced with the 3rd being resurfaced with astro very soon) and a range of social tennis, league tennis and coaching.

The club was founded in the 1930s and is situated on National Playing Fields Association grounds. It is part of the multi-sports King George V Memorial Recreation Club. 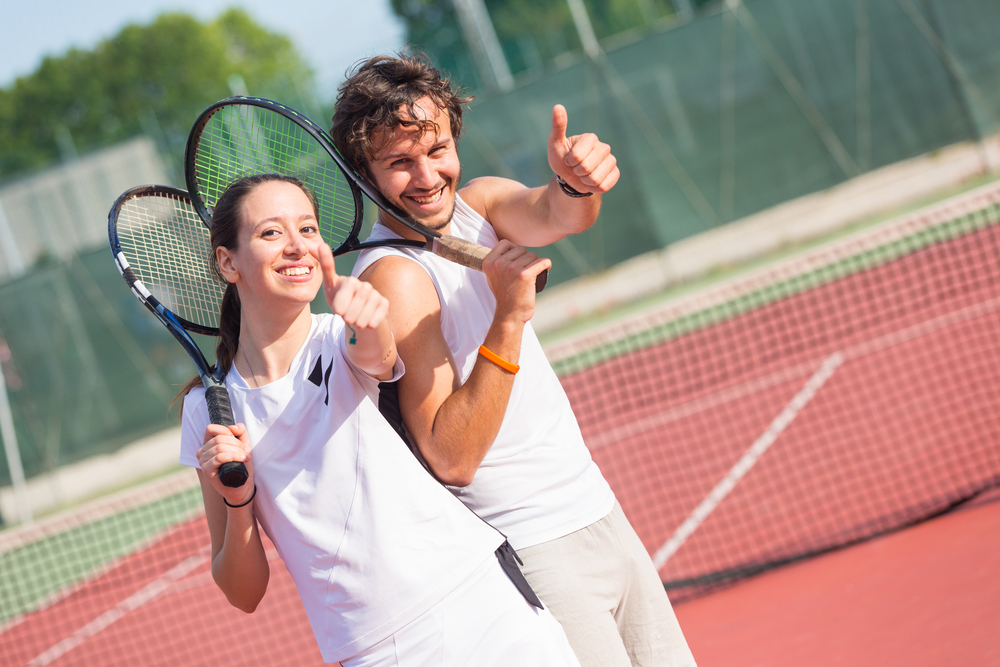 After being promoted to Division 3 two seasons ago, the Ladies Team came 4th, keeping their place in the division. Our leadies B team started last year and would benefit from additional players; we would welcome any interest from new girls and ladies of any standard interested in playing league tennis.

Our men's A team currently play in North Somerset and were promoted to Division 1 just before Covid for the first time ever, after winning Division 2.  The B team narrowly missed out on promotion for a third year running, and will again be attempting to get promotion to Division 5.  We have also started both a Men’s C and D team for the first time in the history of the club; this is amazing as it ensures more players get a game and gives experience to players hoping to move up into the B and A teams.  In addition we have re-entered the Friday night Avon league with 2 teams; both were promoted last season.

We are enjoying a successful winter mixed team in the North Somerset Autumn League where we have involved a large number of men and ladies, and gained promotion from the bottom division last winter.  We have also started a new men’s Vets team (over-45s) which finished 3rd in division 3.

If you’ve not played league before (including juniors) and would like to have a go let us know.

Are you new to the club?  One of the best ways to get to know other players is through our Singles Box League, we ranges right up from beginners thro...

Village tennis club on hunt for next star

Congresbury Tennis Club has called on people to get active as it looks for the next Emma Raducanu and Andy Murray. The village's club manager told th...