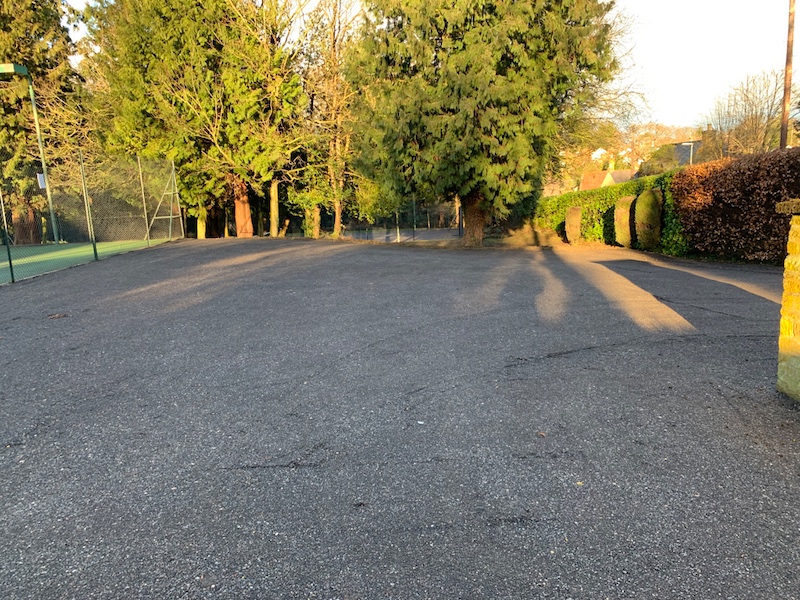 I have just returned from the club to see our new enlarged car park...around 15 extra spaces behind court 3. At James Haley’s instigation and following a tender, Julian Moriaty, one of our members has done an excellent job creating the extra space, laying a stone layer throughout, significantly improving the existing parking area under the trees and in addition widening the road. While the main body of the work is done in creating the extra parking, there are some final finishing/cosmetic works being done to complete the project. Photos attached..hopefully this will significantly ease congestion around 1900 on weekdays!

Thank you to everyone who responded to the December survey, the two most commonly recurring themes were parking (see above) and improving the condition of Court 1 in the damp weather (this has recently been brushed  weekly and sanded. Our average Net Promoter score was 67% which in plain English means that on average most members have a high level of satisfaction with the club.

Unfortunately we had a recent break in to Jim’s garage and lost a 2 leaf blowers a chain saw worth around £1000 in total. The intruders are captured on video complete with bolt cutters and Jim has filed a crime report! Enhanced security now in place.

Personally , I think there is at least an 50/50 chance of Tier 4 style tennis resuming sometime in March and very much look forward to this. I will update you further when there is more news.