Northamptonshire Lawn Tennis Association (NLTA) is the governing body for tennis in the county.

Craig is Managing Director of Passing Shots Community Interest Company that runs Corby Tennis Centre and has been at the centre since 1991. He previously represented Great Britain as a player and National Coach for 15 years and represented Buckinghamshire and, more recently, Northamptonshire at County level and has coached a number of Junior National Champions.

Craig was appointed to the Board as a Council-elected Non-Executive Director on 6 January 2017, and is a member of the LTA Property Board, LTA Tennis Development Committee and the Council Nominations Committee.

Barry had a long association with tennis in Northamptonshire at club, league and county level.  Barry took over as Chair of NLTA four years ago after previously serving many years on the committee.

The objectives of the Northampton Lawn Tennis Association are: 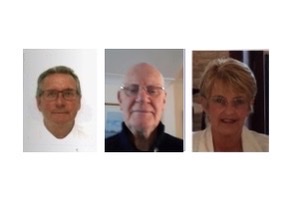 14 and U Boys County Cup News

14 and U Boys County Cup News

Here are the Northamptonshire LTA venues where you can play. Choose a venue to visit...