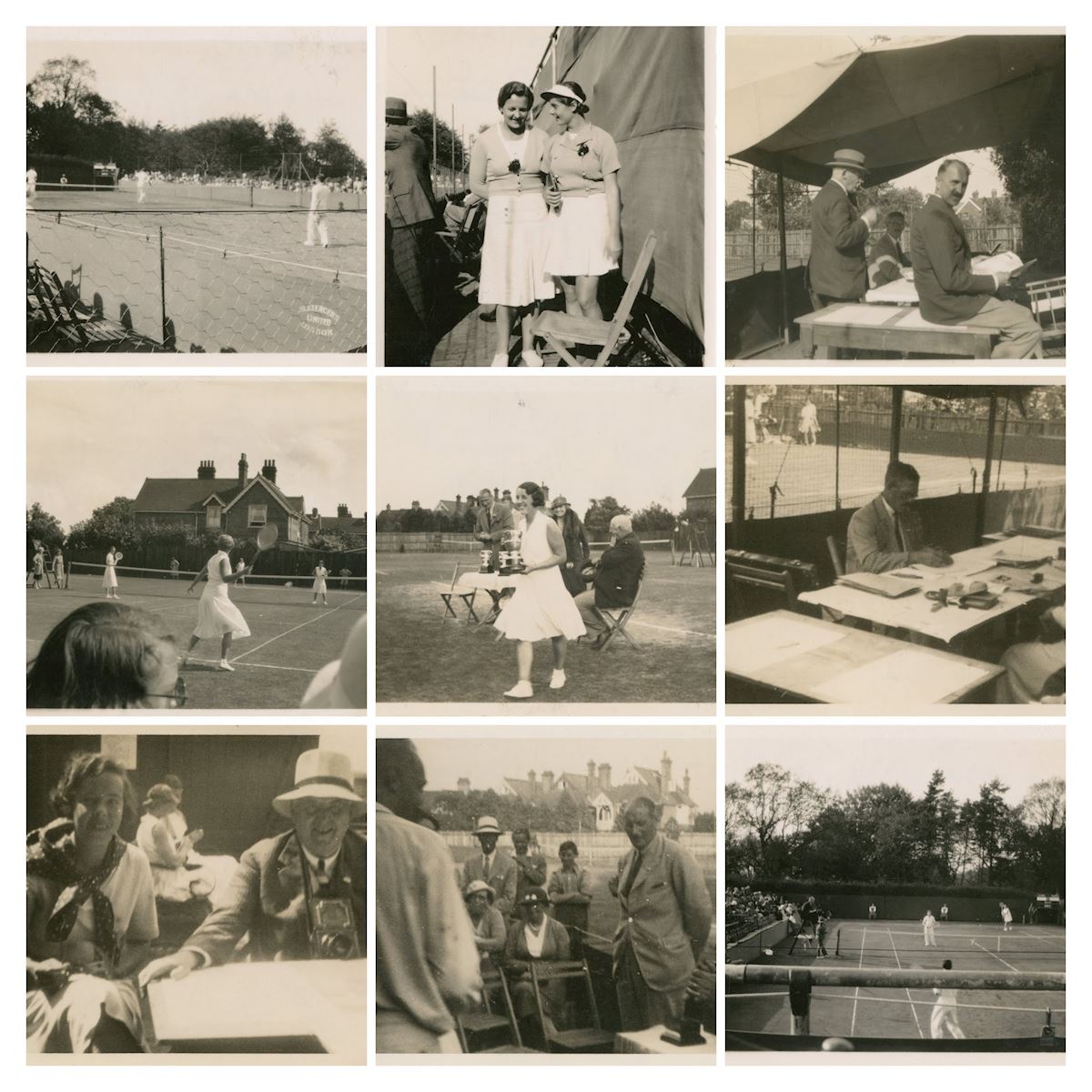 We were founded in 1882 making us the 5th oldest tennis club  in the world!

The Club moved to its present site when it leased some land from the owners of the Old Stone House on the High Street. It was founded as the East Grinstead Lawn Tennis & Croquet Club (Squash was a youthful addition to the Club in the 1970's). In 1912 a suggestion was made that an open ladies doubles event be added to the open tournament, but it was declined on "account of expense in prizes"! Slazenger provided 2 rackets as prizes and boy scouts were designated as ball boys.

According to the rules - the subs in 1914 were 1 guinea and for family membership £2-12/6d . No dogs were allowed on the ground or a fine of 2s/6d ‘…shall be imposed for infringement. Note no children under 14 years were allowed to play ! An examination of the accounts for 1914 – for example - revealed a profit from the tennis tournament of £10 12s and 11d. Prizes for the Club Tournament came from Mappin & Webb (Current Organisers please note !!). 17 shillings profit came from the sale of programmes for the Open Tournament, whilst that year £15-7s–0d (c. £300 – 400 in current money) was spent on the hire of a pony – manure for the grass courts – grass cutting – answers on a postcard ??!!

1922 - saw the purchase of the Club by General Musgrave DSO and chums for the sum of £1,200 (in today’s money c. £300 – 330k). The General’s Mother, Lady Musgrave was for many years the President of the Club. The first annual croquet tournament was held in the early 1900’s but from 1928 – the Croquet Cup became the Ladies Open Singles Cup.

1928 - Earl Donoughmore proposed a club family cup – a very valuable piece of silverware. Do read the letter on display in the clubhouse re rules and his exchange with General Musgrave. It's a different era but do enter this year’s tournament. Events – such as the Open Tournament, had a detailed programme for each day - and there were 128 entries for the gentlemen’s singles. An admission charge was made to watch etc. For example in 1934 – ball boys were to be paid 2s 6d per day, bonus of 2s 6d for good work during the whole week + bus fares to/from the ground for those who had no bicycles !

1939 – just the 3 back courts were kept open during the war. Post war reconstruction ... The development of the Club & clubhouse continued. A second storey on the clubhouse was proposed in 1964 followed by 2 x squash courts in 1973 & a third squash court in the late 1970’s.

1982 - This was the Club's centenary year and we had a Ball and 2 x American tournaments held, A Bat & Beer Tournament.

2011 - Complete refurbishment of the upstairs "facilities" ! The old 1970's changing rooms were gutted and the whole second storey space re-designed to modern standards (though sadly the table tennis table area has lost out).

2013 - Club name changed at EGM to include Racketball.

2020 - Covid-19, Lockdown, Clubhouse refurbishment and getting back to tennis and squash safely

With many thanks to the East Grinstead Museum for the images 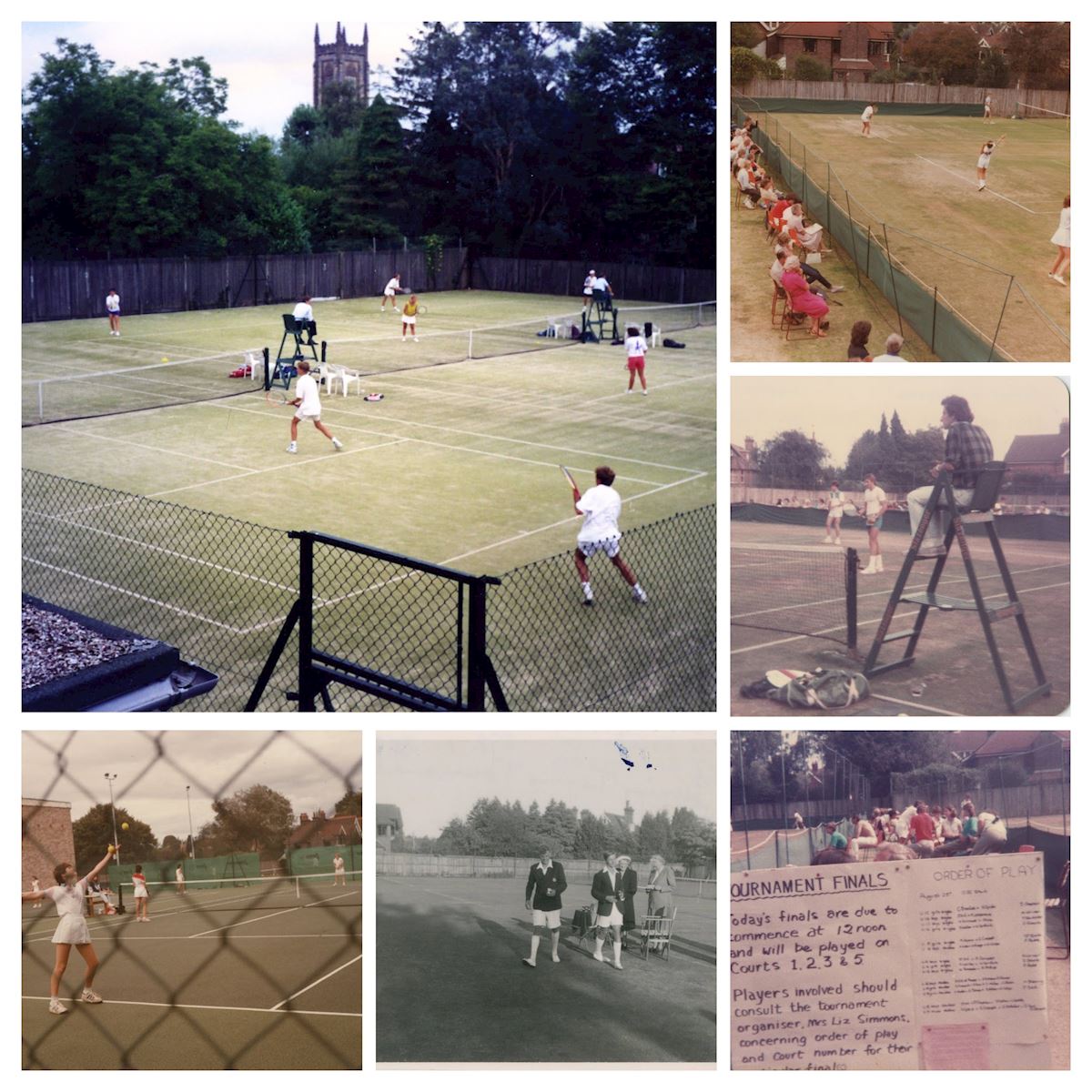 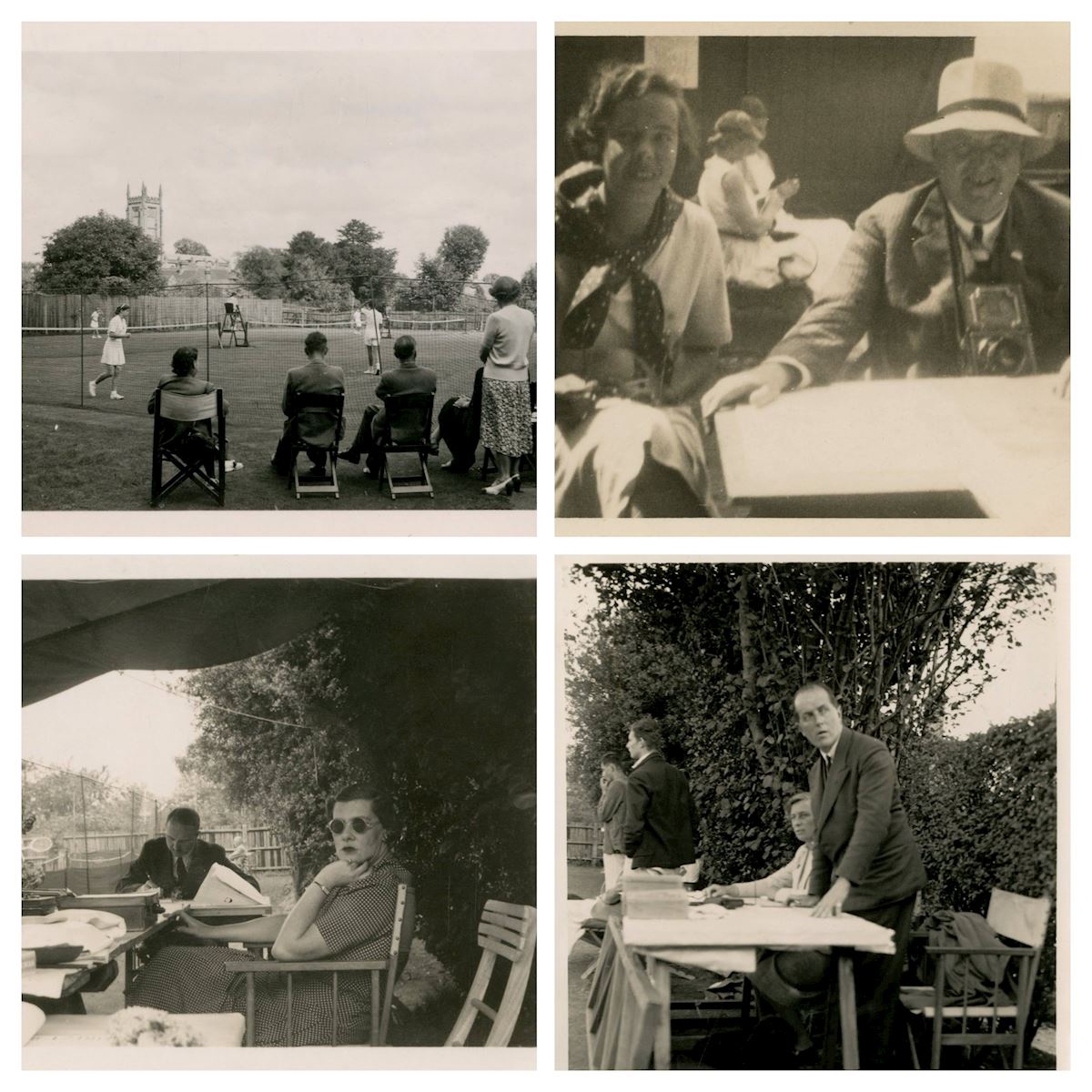