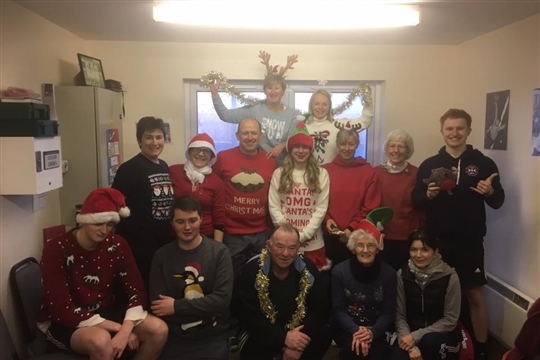 The club regularly holds social fun events such as American Doubles Tournaments and in the past we have held Grand slam style events, christmas fun tournaments, mini red competitions (open to all ages) and other fun competitions.  In addition the club hosts the Civic Week Challenge each year in July with members of the TD5 area taking part.

The club holds the following club championships on an annual basis and these are open to all members.

Each year the club hosts the Hastings 14 & Under Tournament which is open to junior players in the Scottish Borders.  This is usually held mid May, with boys and girls events being played on one day).

In 2017 the club played host to the Mixed Doubles Borders Competition which was open to those aged 35 and over.  This was played on a sunday afternoon and took the format of two round robin with the top players going through to the final.  It is hoped that the club will play host to this on an annual basis.