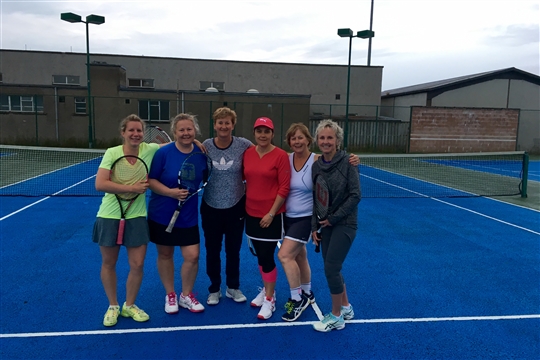 The club has lots going on for adults of all ages and abilities throughout the year.  Whether you want to take part in coaching sessions, join in our fun social events, play in our borders league teams or play social doubles there is always something going on.

The club competes in the Borders Tennis League and have teams competing in the following leagues:

The league matches are played throughout the year with the Mens and Ladies Division matches starting in April and running until the beginning of July.  The mixed league runs from the beginning or July until September and is followed by the Mixed Cup and over 40s league.  If you would like to play in any of the teams please contact our captains:

Social doubles is held on a Tuesday and Thursday from 2pm to 3.30pm.  This is open to Members (Cost £2) and non-members (Cost £5) and involves organised doubles play.

The club regularly holds social fun events such as American Doubles Tournaments and in the past we have held Grand slam style events, christmas fun tournaments, mini red competitions (open to all ages) and other fun competitions.  In addition the club hosts the Civic Week Challenge each year in July with members of the TD5 area taking part.