Here is my tennis story: 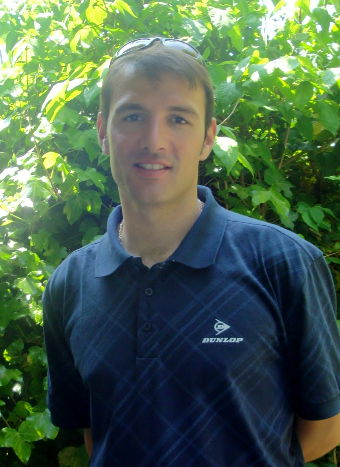 I started playing tennis at the age of 6 years-old outside of Paris. I was rapidly promoted to team players for the 10&U in my local club and played all the way through to the 18&U in the regional team competitions.

I started working as an assistant to help with the coaching and organisation of various tournaments at my club.

I also competed in singles tournament and went all the way to the semi-final at Rolland-Garros in the regional school event which involved hundreds of players.

I arrived in London 17 years ago but only re-started coaching in 2007 in my local park in Streatham.

Telford Park were searching for a new coach and I made the transition to take the full time position.

For the last 12 years, I have been coaching all ages and standards and representing the club during team matches.

I was made the Head of Junior Competitions in 2013 and I really drove the standard of the tournaments and various junior events up by maximizing the competition opportunities for all.

As of playing, I reached the club championships finals multiple times and won the Men's singles event in 2017.

I am usually described as being extremely cheerful, competitive and a perfectionist.

It has now been 16 months since I started at Dulwich LTC and I hope you are all having as good a time as myself.

The internal competitions have hopefully made a big impact and I am convinced our coaching team is catering for all of the club's needs.

We are driving up and forward and I am looking forward to a bright future.