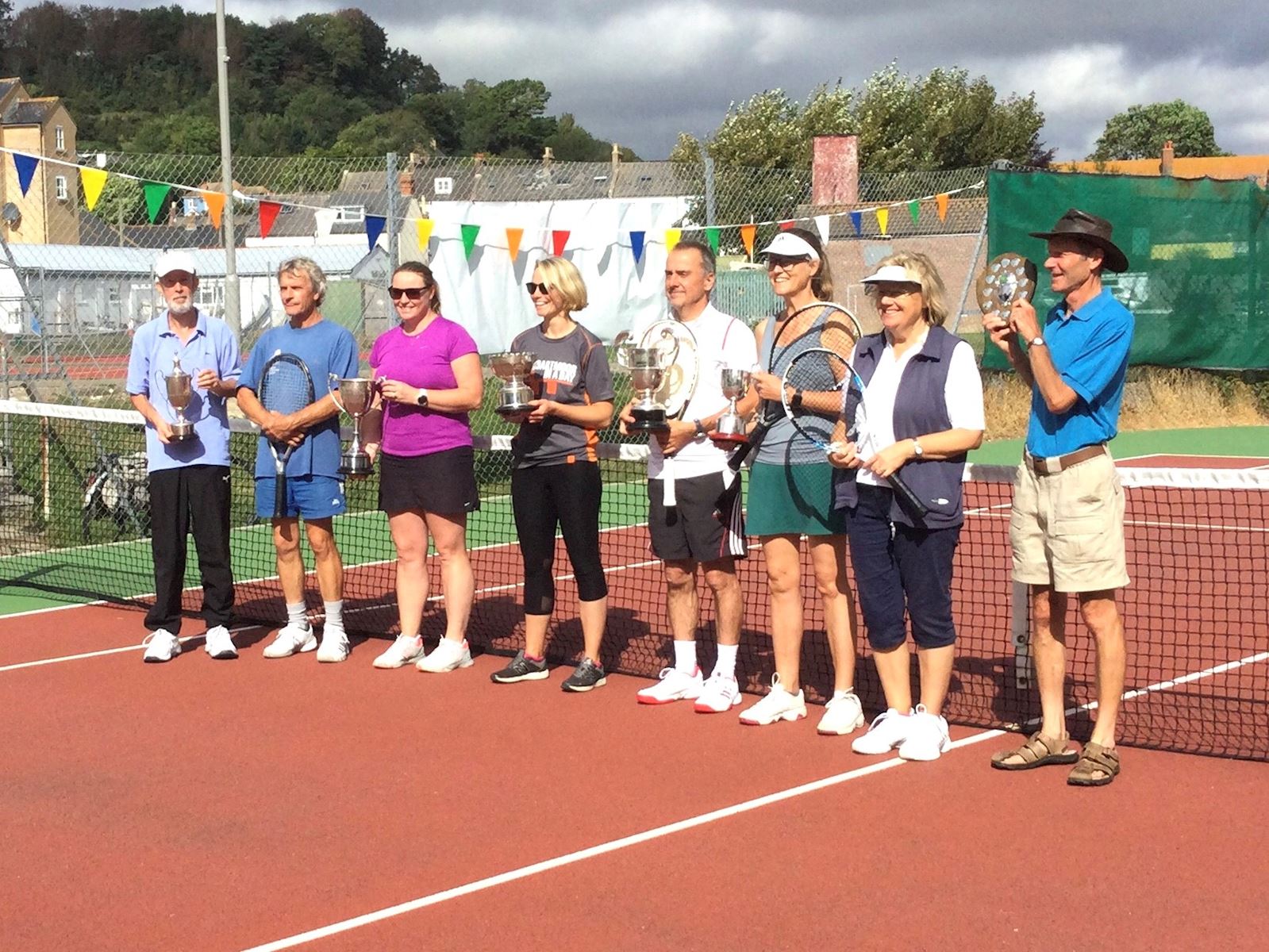 The Finals day was the culmination of qualifying tournaments held throughout September with the whole event being sponsored by Huck Nets of Bridport who generously donated new nets for all four tennis courts, while the club has invested in having the courts cleaned and repainted in preparation for the autumn and winter months ahead.