Peter King celebrated his 85th birthday today...with a game of tennis, of course 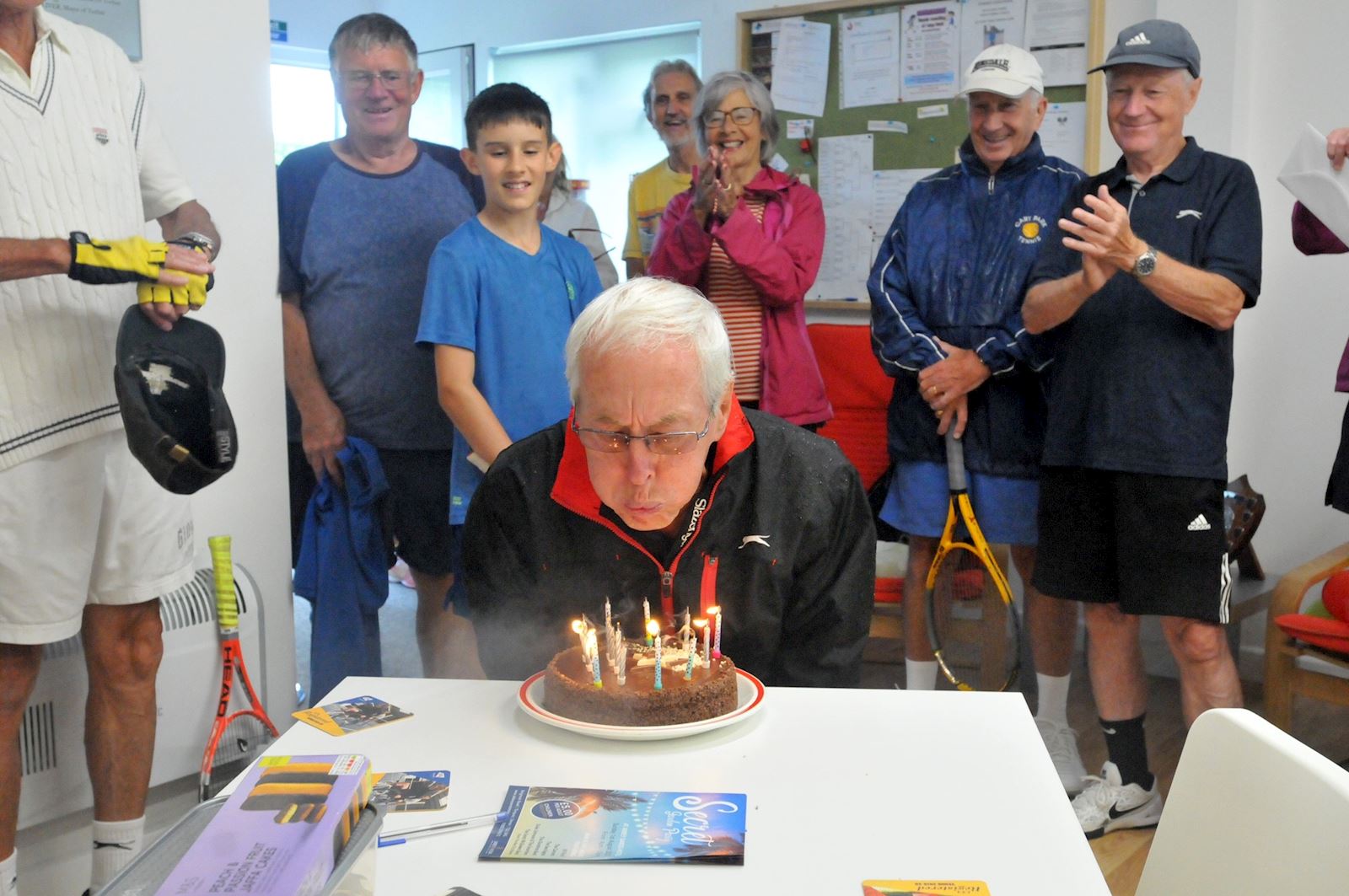 Peter King celebrated his 85th birthday today...with a game of tennis, of course.

Peter, who daily defies the laws of ageing, joined Cary Park about seven years ago when his previous club at Oldway Mansion closed down.

Not only does he attend virtually EVERY session of Social Tennis along with Georgia's organised matchplay sessions, but Peter is always in demand to make up individual fours.

Club Secretary Paula Hill, who plays in a weekly game with Peter, said:  'He really is a Cary Park phenomenon.  He runs about like a 15 year old and has great technique.  No-one who sees him play ever believes how old he is.'

Peter is also a talented artist and regularly holds exhibitions in both galleries and at his home in Torquay.