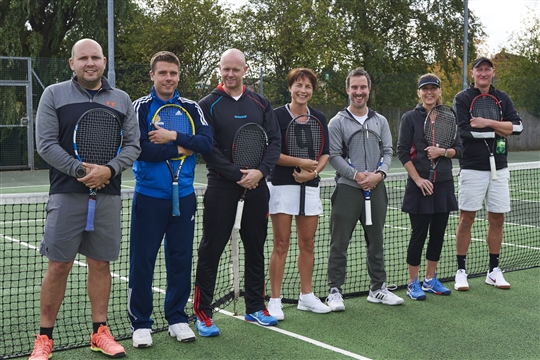 The Stamford Tennis Club championships were held on Sunday 15 October – it was a fantastic afternoon, conditions couldn’t have been better.  Club finalists excelled themselves and spectators were treated to an action packed afternoon of thrilling tennis.

Jack Hubbard and Martin Trawford  paired up after playing each other  in the Mens singles final and won the Mens doubles title beating  Marc Sumner and Nick Crowson 6-1, 6-1.

Susie Archer and Lottie Butler paired up after their Mixed doubles final and went on to beat Suzanna Watson and Jo Campbell 6-7, 6-2, 6-2  to take the Ladies Doubles title.