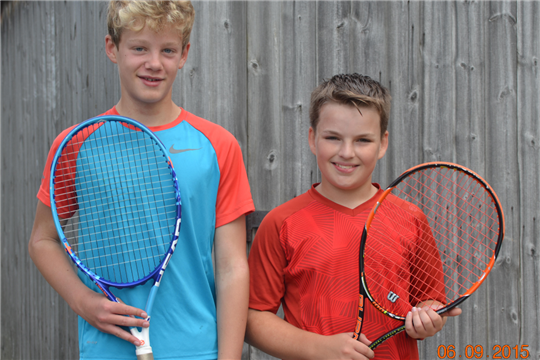 The Boys 14&Under Final was between Leon Kewney and William Cutforth, both boys having qualified by finishing top and undefeated in their round robin groups. Both players have been competing hard throughout the summer and it was a good opportunity to see how they were progressing, head to head. Leon and William were both striking the ball beautifully but Leon looked to have the sharper tactics and better accuracy during the long rallies. Leon’s serve has also improved as a weapon over the summer, continually putting William on the back foot. Leon got off to a great start, taking the first set 6-1. Always a gritty and determined fighter, William battled hard to find a way in but was unable to find a way to turn the match around. Leon took the second set 6-2 and with it the Championship title.