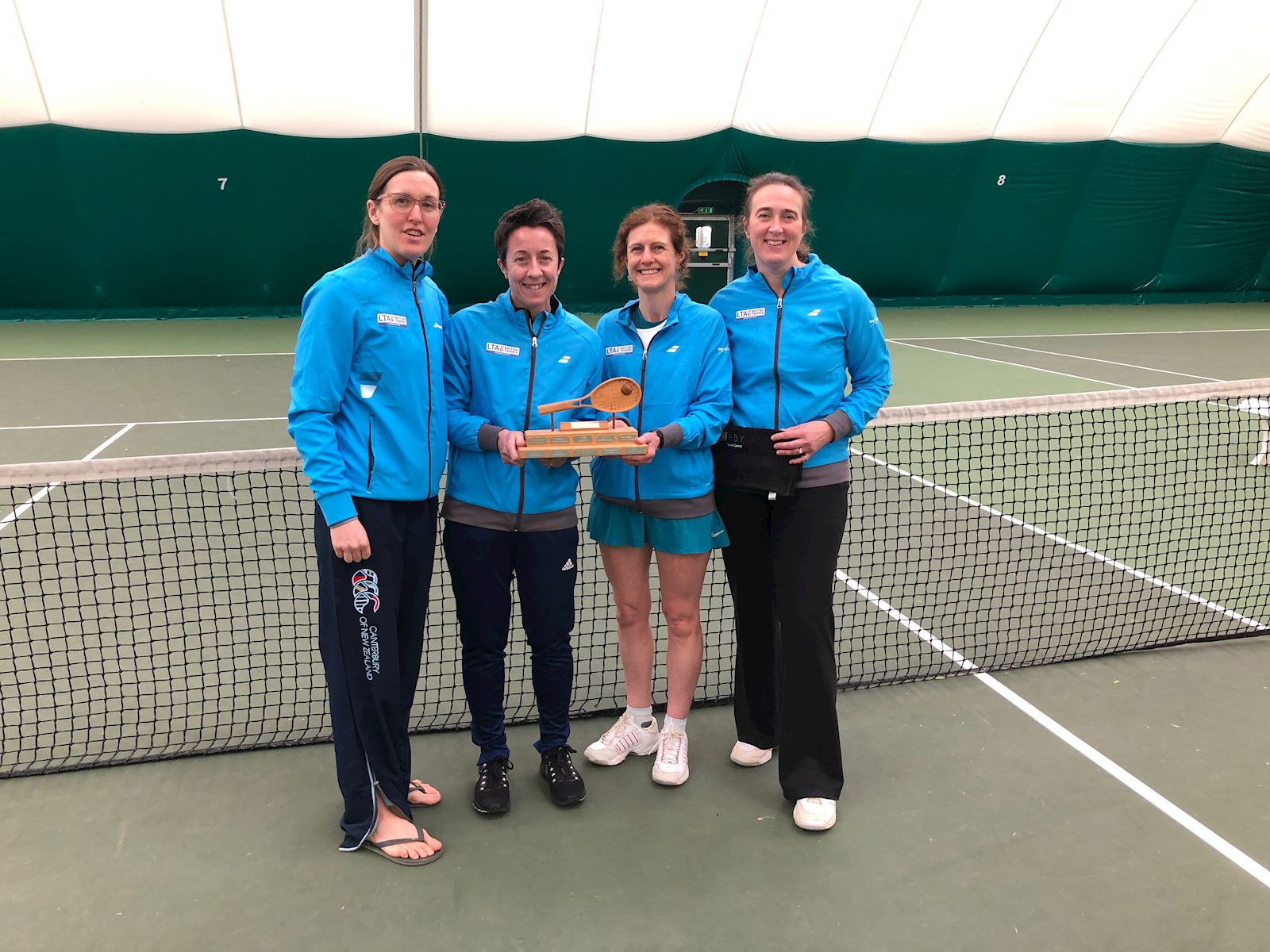 A huge congratulations to all our victorious captains and their teams in winning the Midlands Veterans League titles. The Cambridgeshire Ladies 40+ team, the Lincolnshire Ladies 50+, and the Lincolnshire Ladies 60+ team, and the Northamptonshire Mens 55+ team all won this year. Of note, is that Cambs 40+, Lincs 60+ and Northants Mens 55+ all retained the titles. I also want to take this opportunity to thank all of you for organising the teams again this winter – I know what a difficult job it can be, and without you captains, there would be no competition, so thank you all again.

We have a full complement of 8 teams in both the Ladies 50s and 60s, and it works so well, so it would be great to get the Ladies 40+ and the Mens 55+ up to those entry numbers. If you think of anyone that might like to take part in the 2019/20 season, please either let me know or give them my details.

In the Ladies 40+ League, Cambs were undefeated again, dropping just 7 sets the whole season. Captain Christine Sprowell was joined in the squad by Katie Jarvis, Caroline Thornton, Fleur Clegg, Kat Deudney, and Rachel Hill. Lincolnshire finished in second place again, giving Cambs a close run for their money, having also been undefeated going into their last match of the season, under captain Jane Hunter. Leicestershire finished in third place.

In the Ladies 50+ League, Lincs captain Penny Daniel made full use of a large squad that included Julia Plumtree, Sarah Allinson, Ruth Hume, Margaret Thomas, Sue Burnett, Rachel Hawksworth, Mandy Laurence, and Alison Thomas. Lincs were in second place going into the last match of the season, when Here & Worcs pulled off a terrific win against favourites Bucks, giving Lincs the chance to leapfrog into top spot, which they took with a 6-2 win of their own against Warks.

In the Ladies 60+ League our perennial champions Lincolnshire led from match one, and never looked back. Another superb display from Melony Milner and her team secured victory by dropping just 8 sets out of 56. Team Players included Josie Richmond, Mary Goult, Ruth Hume, Jenny Latham, Margaret Fincham, Sarah Mumby and Mandy Laurence. Lincs are the only nale on the 60+ trophy as they have won 3 years in a row since this age group began back in 2017.

In the Mens 55+ captain Brian Perry was joined by Mark Meagrow, Neil Shorrock, Stuart Wetherell and Tony Brown, and they were also undefeated all season. It shows how close the division was as Cambs ended up coming 4th, having lost all of their matches in close match tie-break deciders 4-5.  Beds were second, and Warks finished third.

The League tables are here for your attention.