Want to Play Tennis in Gresford ?

Did you know that Gresford has a thriving tennis club in a wonderful setting on trust land in Gresford?

The present Gresford and Marford Tennis Club, which is an autonomous body within the Gresford Trust, was formed in 1989 and after sound advice, grants from the Lawn Tennis Association and a lot of hard work establishing two grass courts, the Club opened on the 7th May 1990 at the side of the Bowling Club. The Club grew from strength to strength and after a lot of hard work fund raising, a much appreciated loan from a benefactor, along with a Lawn Tennis Association Grant, we were able to go ahead with the building of two all weather courts which were opened in July 1994 in their present location.

The courts are have now been completely refurbished using club funds and funding from the Rural Development Plan Key fund (EAFRD).

The club has members of all ages and abilities who make use of the courts throughout the year. We have a Club Night every Thursday evening during the Summer. Interested? why not come down and see the courts and speak to some of our members. 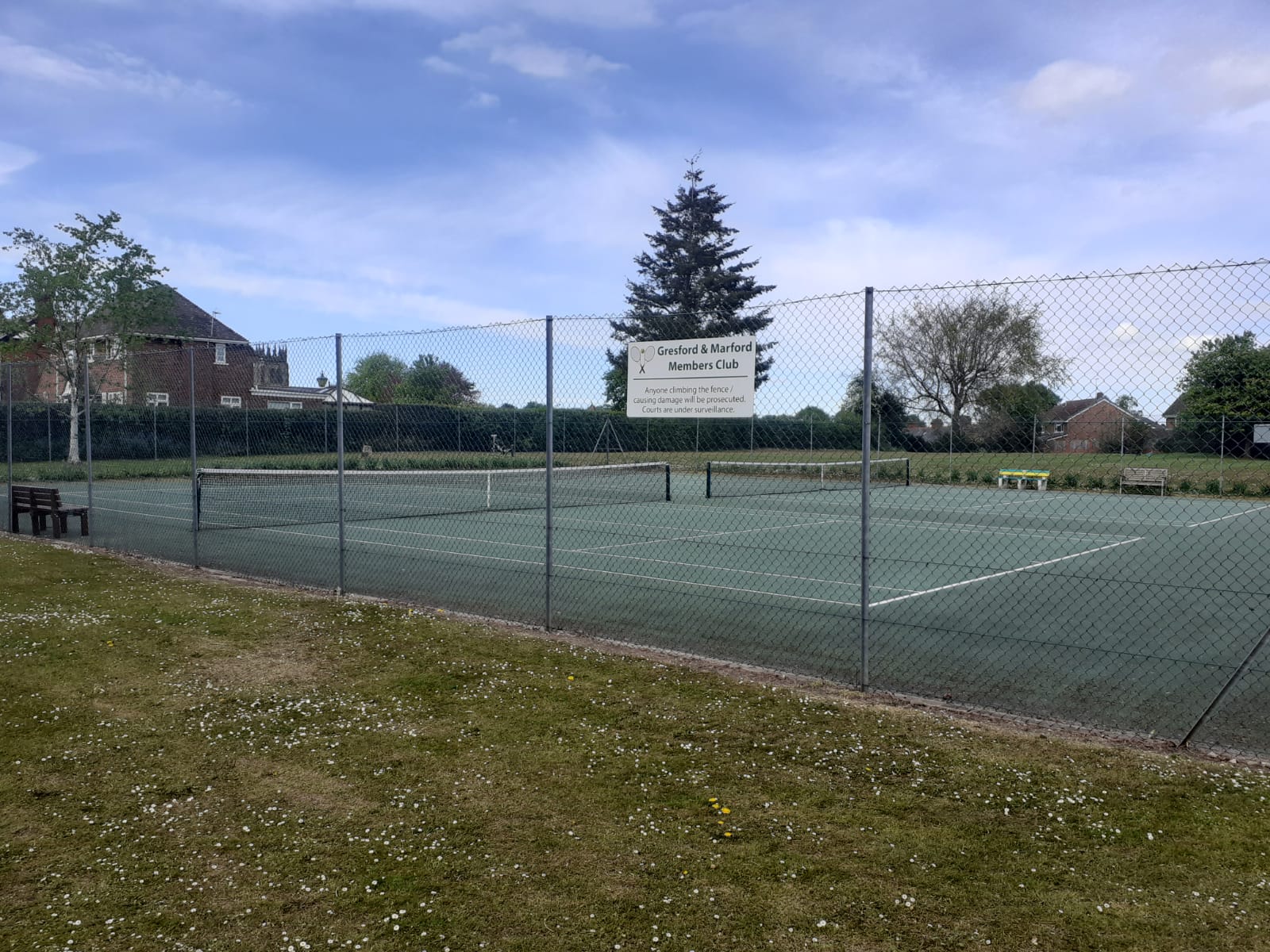 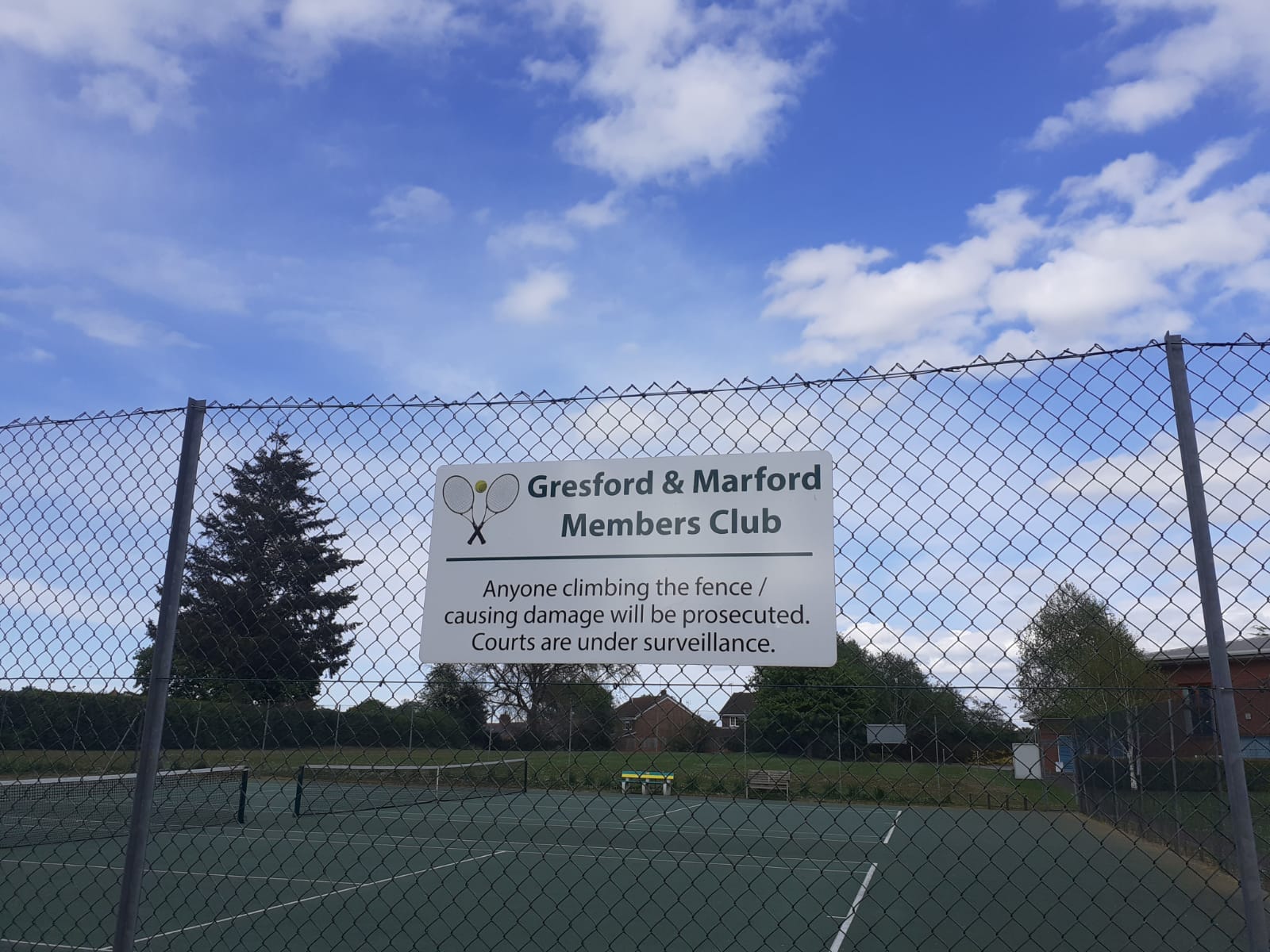 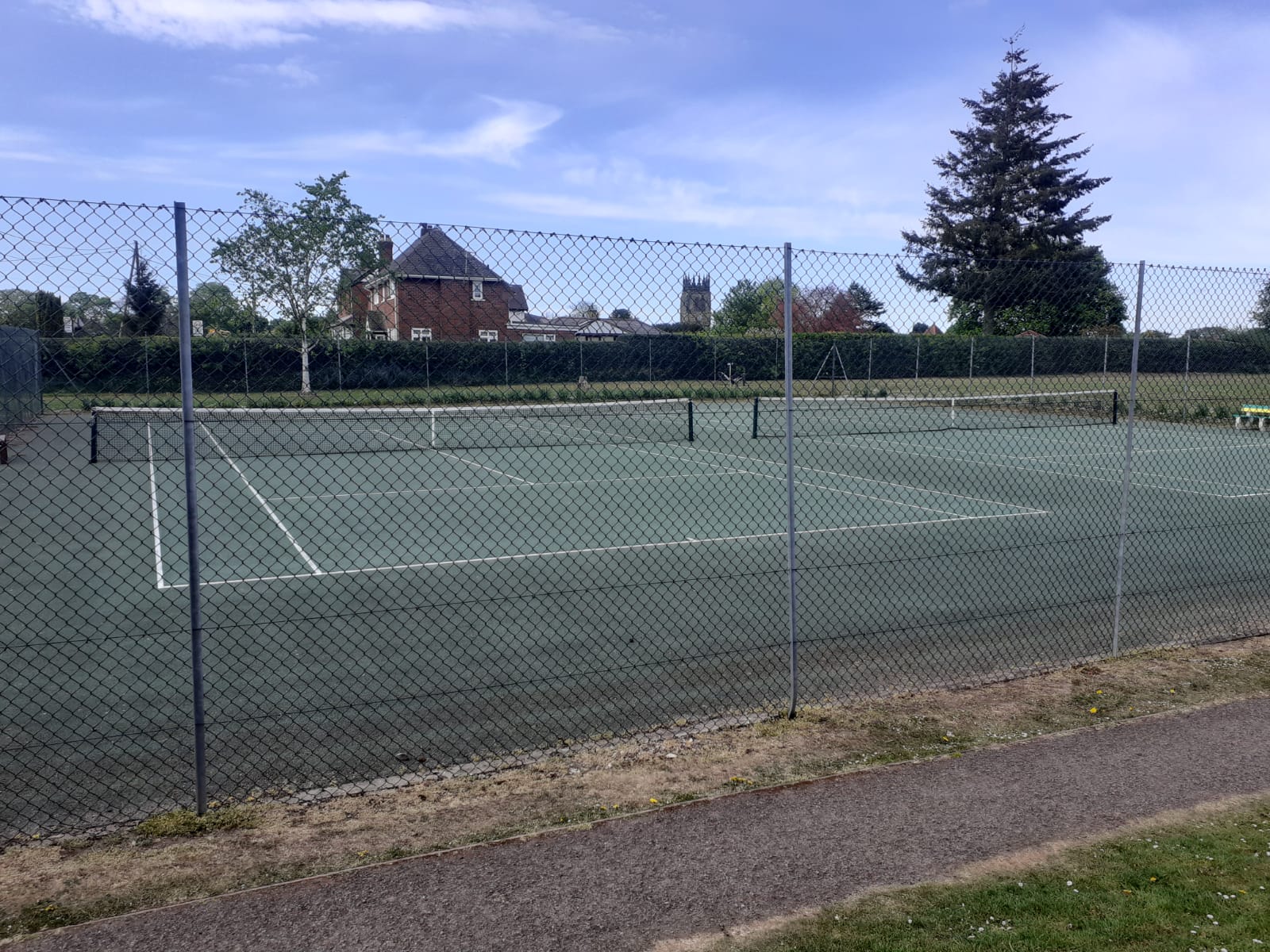 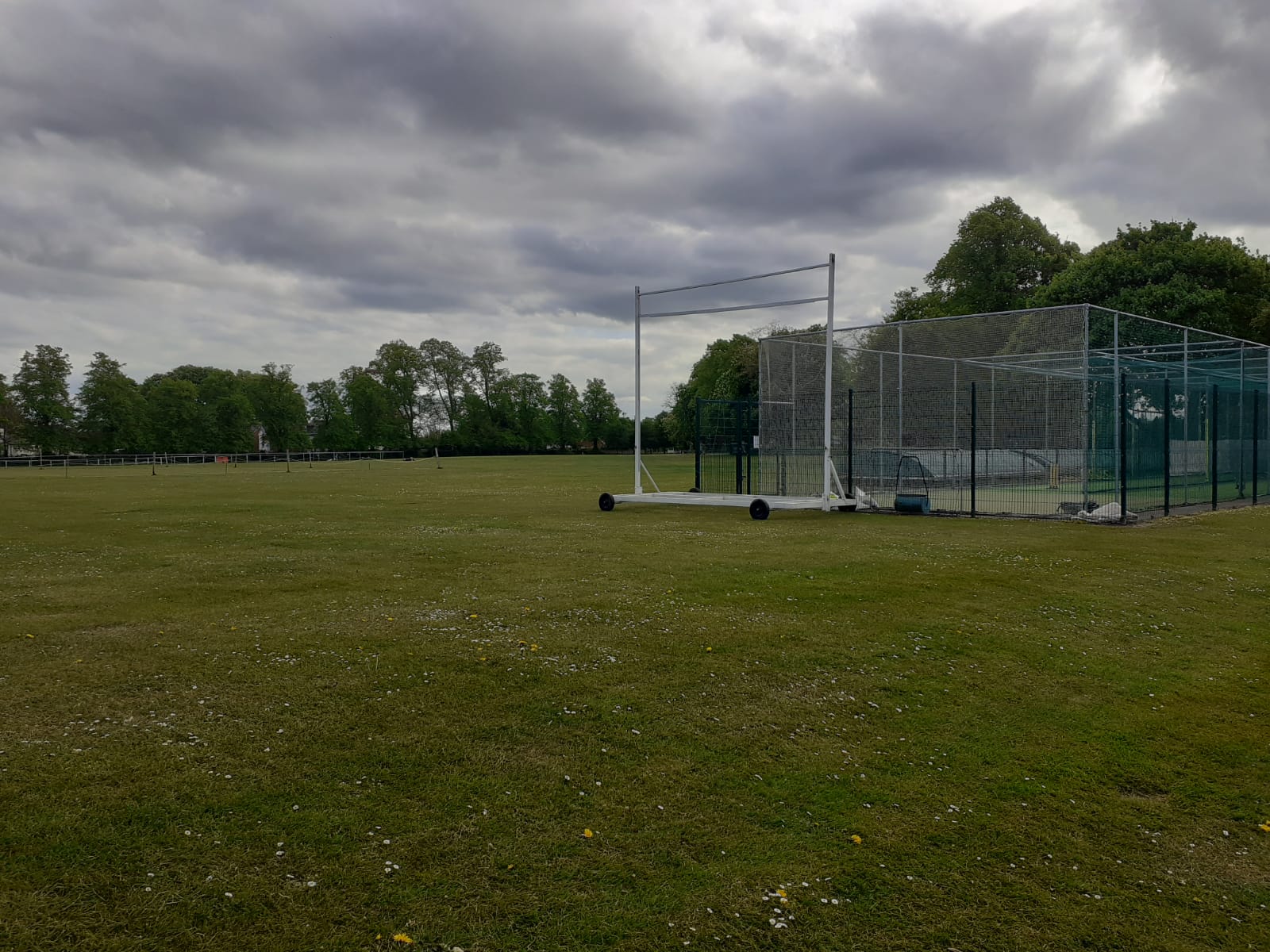 Following the announcement from the Welsh Government we are pleased to say we can resume play at the club commencing on June 23rd 2020. Playing is subject to to the guidance given by the government. You can access full details  on Tennis Wales website at http://www.lta.org.uk

We look forward to seeing you