Colinton Tennis Club are delighted to have Ross  Murdoch as the club coach. 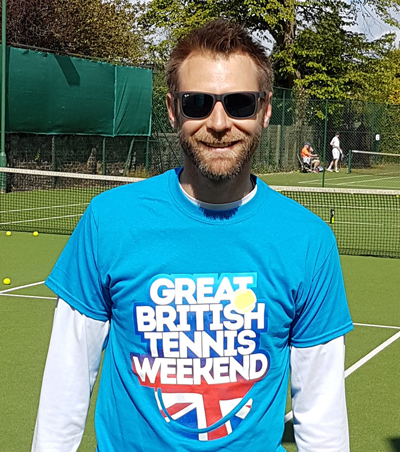 Ross spent his early life in South Africa, and in the late 90s was rated as a top 5 junior in that country. So he is a very good tennis player himself. He captained the East of Scotland men's team from 2005 -10, a period during which the team enjoyed 4 promotions. Between 2003 and 2007 he was a self employed performance coach for Tennis Scotland and he travelled to international tournaments with Scotland's top players, including Andy and Jamie Murray. From 2007 until 2010 Ross was a self employed performance coach at Craiglockhart. The basis of his appointment to the club is as a self employed coach, so he will continue with work at other venues such as Craiglockhart and Merchiston Castle School. Colinton, however, will be his club base.

Individual sessions are also available to book through Ross Murdoch at £30 per hour,