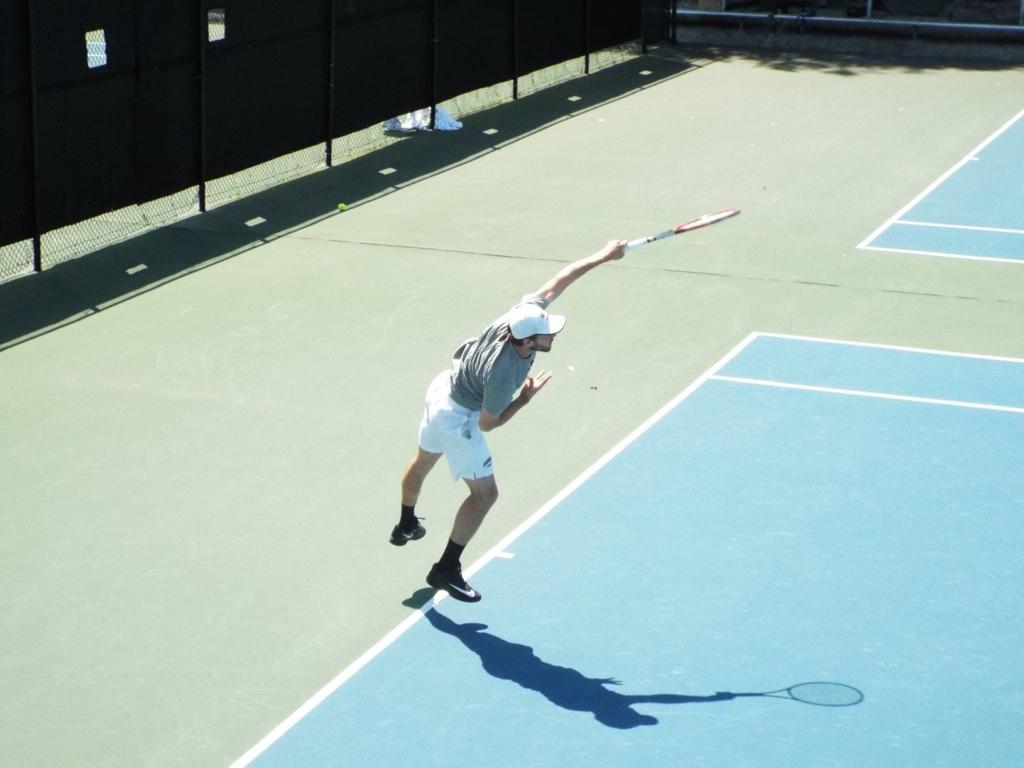 Day 4 of the Corby British Tour is under way, and sees all the seeded players in Main Draw in action. By the end of play today, we will know all the players that have made it through to the last 8 in the Men’s and Ladies Singles.
Unfortunately it won’t include Corby player Jack Haworth, who fell short yesterday when up against Great Britain junior, Felix Gill. The step up in level proved too tough for Haworth, who despite only losing his serve once in each set lost 4-6 3-6 to the exciting prospect Gill. The lack of match practice showed with some uncharacteristic errors when presented with some brief opportunities to break serve back, but will help when it comes to representing Northants at County Week later this summer. Jack is hoping that alongside Joe Tyler, his Corby team mate, they will be able to go one better than last year, and win the treasured 15/15.