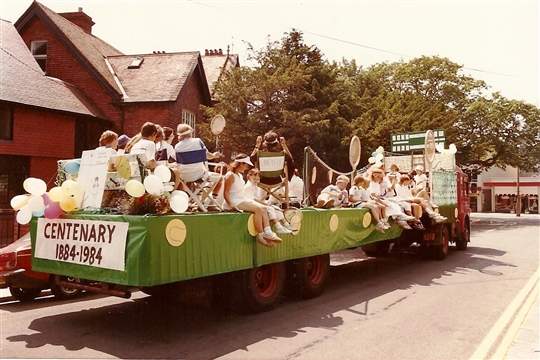 Penarth Lawn Tennis Club, established in 1884, is one of the oldest tennis clubs in the UK. Situated in the heart of Penarth, overlooking the sea, PLTC has a thriving membership of 400+ playing and social members and a great social scene.

For many years, the club was a fulcrum of social activity in Penarth, and you often hear how “anyone who was anyone was a member” of the club in the 1950s and 1960s. The club’s grass courts were used by the Welsh Lawn Tennis Association for the annual Welsh Junior Championships until the late 1970’s, which saw the entire tennis playing population of Wales descend on the club for one week every summer.

The grass courts declined with a few hot summers and the increasing costs of maintenance and were not used for much of the 1990’s. However, they were brought back to life over the past 6 years in order to relieve playing pressure.

Reinvigoration of the club began in the late 1990’s, when a committed group of members began to make plans for its transformation, with a view to re-establishing it to something resembling its former glory. The achievements over the past decade have been impressive and the journey was completed in 2013 with the completion of new courts, grounds improvements and a completely refurbished and modernised clubhouse.