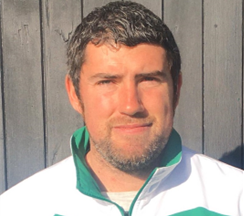 Tom has 18 years' coaching experience and has been Head Coach at Edgbaston Archery since 2017. He previously ran the coaching programme at Coventry & North Warwickshire Tennis Club.

Tom thoroughly enjoys his coaching with all ages and takes great satisfaction in seeing his players improve and enjoy their tennis. Tom is a highly motivated character and holds a strong playing level of tennis. Playing in Birmingham and Coventry Premier divisions as well as playing British tour level competitions, he was a national Men's Doubles winner in 2011. In December 2021, Tom was ITF World Number 1 for the over 30s age category in the Men's Doubles. 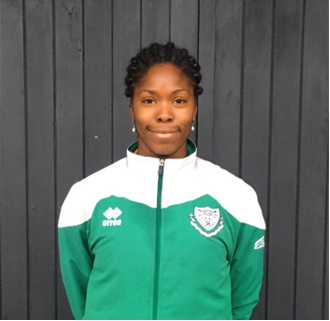 Holly has worked at Moseley and Edgbaston Priory before coming to Archery. She loves coaching all standards but has a passion for coaching the little ones. Holly's own ability has taken her to America and Germany to play and she regularly competes at regional and national level.

Richard has coached with Tom at CNW Tennis Club as well as David Lloyd Coventry. He loves getting on court and working you hard for you to reach your potential. Rich hits with a number of top county and GB players . He is current Warwickshire Champion along with playing for the county and competing on the British Tour. Richard also won Warwickshire Player of the Year in 2020.

Maggie has coached for many years, having been at David Lloyd Cambridge before coming to the University of Birmingham. She'll get you technically correct and help you make the most of your playing opportunities. Maggie currently plays for the university tennis team along with the Ladies' Team at Archery. Maggie also runs regular matchplays for the juniors, so if your child would like to play some competitive tennis, just ask!

Sophie Richardson - Assistant Coach
Sophie has several years' coaching experience, having got involved at her home club a young age. She has also actively participated in organising LTA tournaments and matchplays. She particularly enjoys sharing her passion for tennis with younger players, ensuring they have fun on court whilst improving their game. Sophie enjoys competing herself and has represented the University of Birmingham for the last four years.

Jaya Scholer - Assistant Coach
Jaya started her coaching journey with us by volunteering as part of her Duke of Edinburgh Award. She made such an impression with our younger juniors and parents that we convinced to join the team and take her first coaching qualification. As a participant on our junior coaching programme for many years, she is uniquely placed to know what the players can access and what is right for them. Jaya works with our youngest players in our Blue Stage to start them on their own tennis journey.