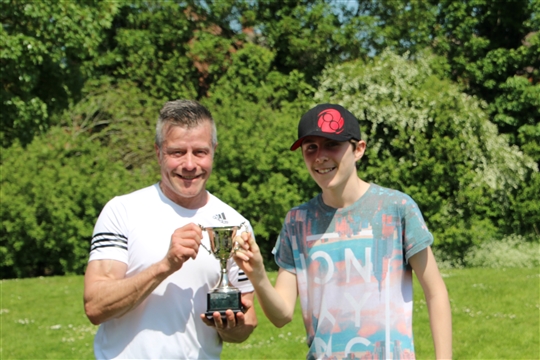 Wow, what a fantastic day for a tennis tournament. We had 17 players on this beautiful morning. An exciting final saw Dicky and Lillian pipped at the post. Well done Paul and Cameron our new doubles champions.

This year we had 16 players, ladies and men and junior and adult pairings. What a fantastic morning for tennis. Well done to Dicky Taylor and Lillian who won the very close competition.

This year we opened up the mixed doubles tournament to include adult / junior pairings. It was great to have 22 players of all ages and standards, with members new and old.  A fantastic, hard fought tournament. In the semi finals there was: Chris and Paul playing James and Clara and Jody and Andy playing Malcolm and Thalina. The final was James and Clara v Thalina and Malcolm, it was close but Thalina and Malcolm won. Well done to all players.