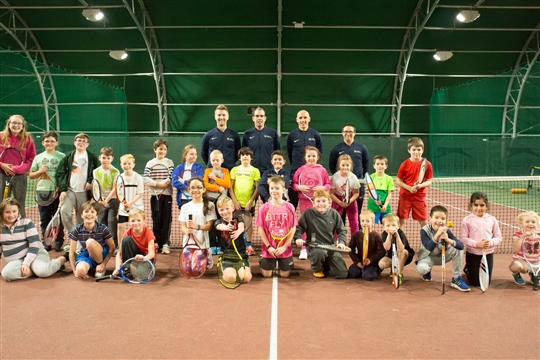 With many of Pershores players improving and competiting at county level it was felt that something more was needed to allow the most talented and ambitious players in the program to progress. This Summer 'Pershore Futures' program was set up. It is delivered and mangaged by Mike Langston who has done a great job in developing a core nucleus of players who are now challeging for regular slots in the senior league teams, at junior county and national level. Each of the players are committing to a minimum of 5 hours of tennis per week and a tournament at least once a month. With this kind of programme, each of the players is either at, or on track for county level.

Initially we started out with a group of 7 players at the 10&U age group in 2015. The programme has now expanded into two age categories. We now have two 16&U squads running, with 10 players in total, either committing to one or both of the sessisons. Numbers have also increased in the younger group also, with 10 players attending the session on a weekly basis. We are also proud and thankful to have received sponsorship from Collect Services and Eaton Electrical.