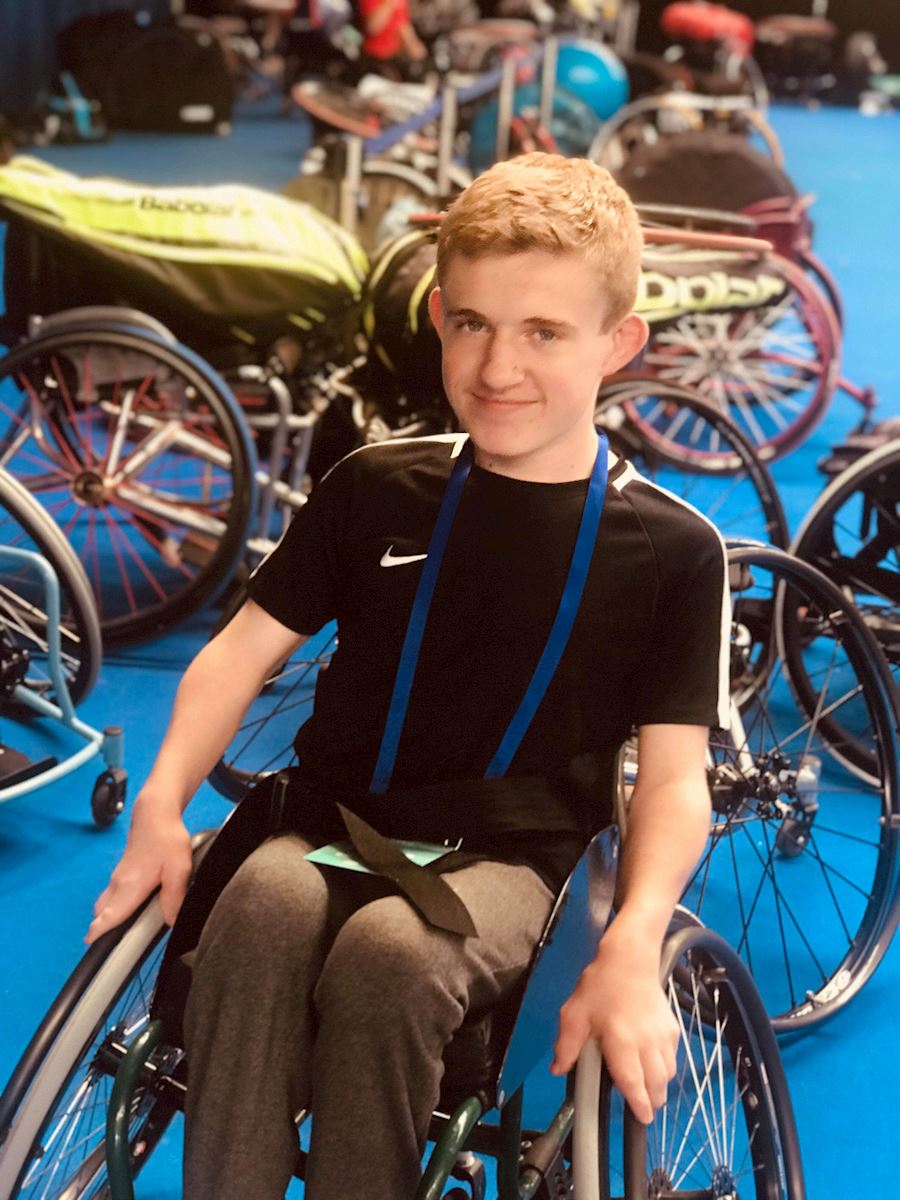 Local teenager Dan has been travelling from his home in Bewdley to the award-winning tennis centre in Pershore for nearly a year, so he can enjoy the bespoke wheelchair tennis course the club hosts.

Pershore’s Head Coach, Steve Bauer - County’s ‘Coach of the Year’ - heads up Prime Tennis Coaching based at Pershore Tennis Centre. In partnership with Herefordshire and Worcestershire Sports Partnership and The Tennis Foundation, Steve launched the initiative to encourage everyone over the age of 14 with a physical impairment to learn new skills, get active and meet new people through tennis.

As a result, Pershore Tennis Centre was recently awarded ‘Disability Programme of the Year’ in 2017 and runner-up in 2018 by Herefordshire and Worcestershire Lawn Tennis Association and is delighted to be able to encourage sport for all at the local club. Further to the success of the initial course launched last year, the Club now runs a wheelchair session from 6pm – 7pm every Tuesday.

Since the launch of the course, Dan has enjoyed the classes and had a smashing time at the British Open. He will now be part of the South West England and Wales team in the National School Games / Dan Maskell Trust competition at the end of August.

Most people don’t even think about it but to play wheelchair tennis takes planning and finding other players is a challenge - it’s not just a case of grabbing a racket and going to the nearest court. Playing with other wheelchair players at Pershore has broadened Dan's horizons.

Whilst Dan had previously dabbled with tennis, Steve’s course has developed his game immensely. Dan agreed:

It was brilliant, the best thing I have ever done. It has given me a lot of confidence.

Dan attributes much of his drive to keep playing and entering more competitions to Steve’s commitment and enthusiasm to the sport and the award-winning team at Pershore Tennis Centre have extended their invitation to all wheelchair users and those with physical impairments to come and join them on court at the local Club.

Please email Steve direct via: pershoretennis@hotmail.co.uk to book your place on the wheelchair tennis course now.

As seen in County Lifestyle and Leisure Magazine and the Cotswold Journal.