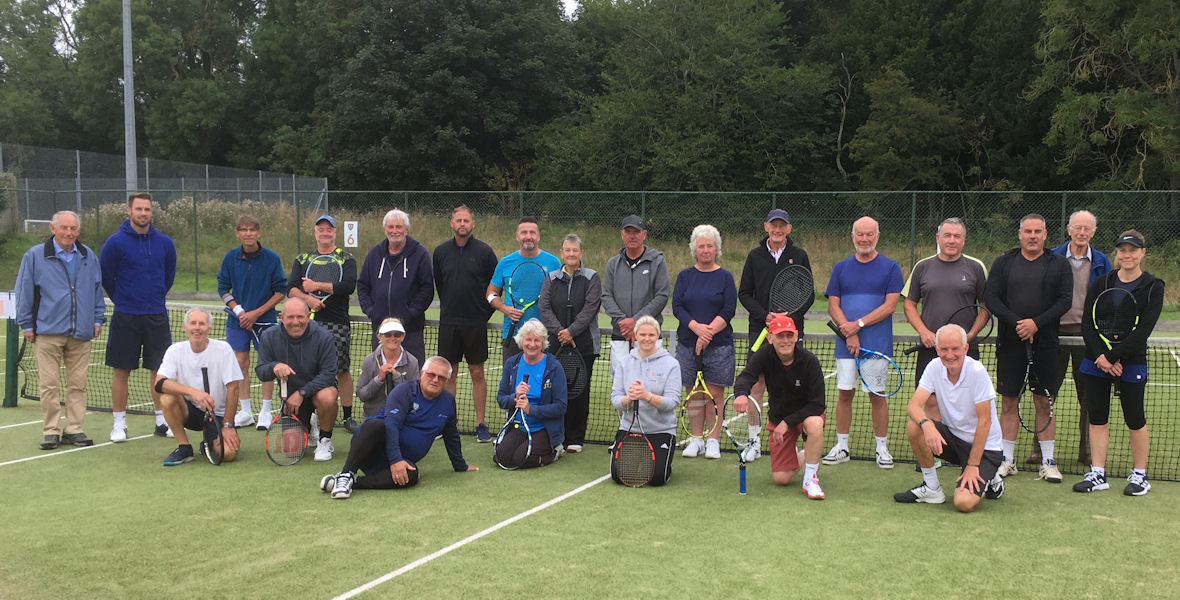 Sunday 29th August saw President's Day at Morpeth Cricket, Hockey & Tennis Club, and with it a social tennis tournament, organised by Paul Ward.  Paul and his army of time keepers and whistle blowers pulled out all the stops, ensuring smooth transitions of the twelve doubles pairings over the six courts in 15 minute bursts of friendly competition.

By all accounts the day was a great success, even for Jane Cockburn and Colin Bentham, who apparently had trouble with the handicapping system, and Bill Dunn, who was the victim of a random tennis ball attack from Albert Ball.

So, to the results, in traditional reverse order.  Third place was taken by Paul Ward and Les Hall, with 29 games after the nine rounds of matches played.  Second place went to Ben Ord and Mike Hildebrand, who amassed 31 games.  First place, and the title of President's Day Handicap Doubles Champions, went to Paul Johnson and Albert Ball, with a grand total of 33 games.

So, well done everyone involved, and let's hope that we can get another tournament organised before too long.