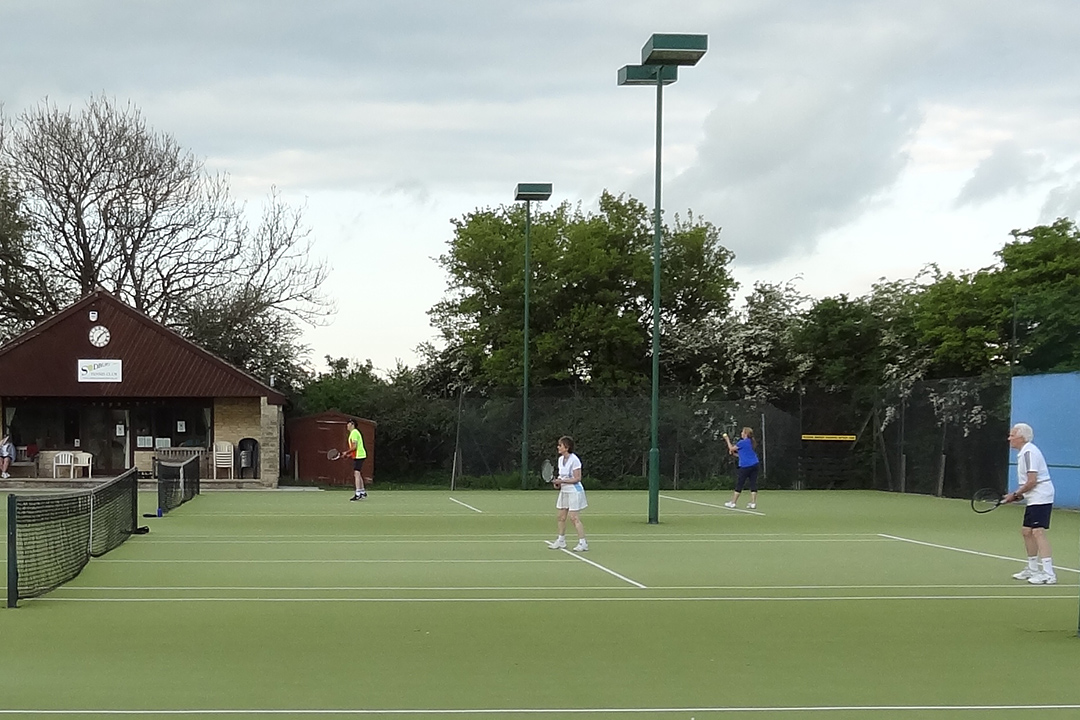 New for 2021, we have entered a Mixed Team in National League

The club also enters teams in the Avon late summer and winter leagues.

Teams consist of 2 men and 2 ladies. Each player plays 2 best of 3 set doubles rubbers in each match: one mixed doubles and one mens/ladies doubles.

This league runs in the late summer, starting after the main summer season concludes in July.

The Friday night matches in particular are well supported. The bar is open and sometimes food is laid on. So it's a good social event and all supporters are welcome.