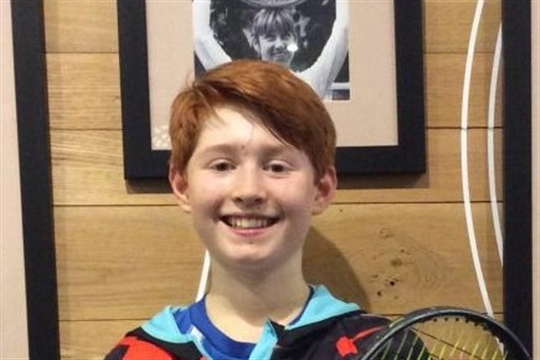 Junior member James Griffin enjoyed a half term of success winning both the U14 Singles and Doubles titles at the Shrewsbury LTA Grade 3 Regional Event.

The youngster, who is ranked Number 3 2004 boy in Great Britain, trains both locally with his coach father Jon Griffin and at the Northern Lawn Tennis Club in Manchester under former national coach and British Davis Cup player David Shaw.

He is sponsored by Head UK, The Holroyd Foundation, Roundhouse properties and a Manchester-based businessman.