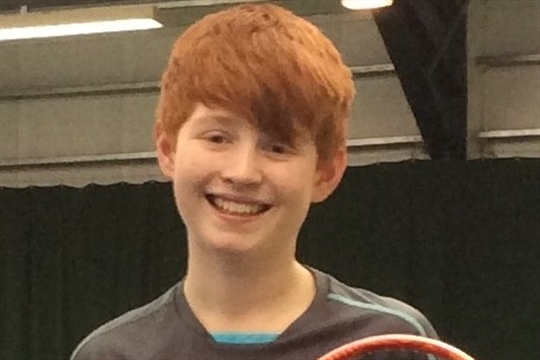 This is James`s first involvement in a National Training Camp and with all GB teams selected from players involved in these camps it is a breakthrough moment for James`s tennis career.

During the camp James has been put through a vigorous physical testing programme, had his diet completely controlled and hit a huge number of tennis balls with video analysis undertaken of all his strokes. He worked intensively with U14 National Boys Coach Richard Plews and a whole host of support coaches/staff.

Richard took a shine to James describing him as `a real prospect' particularly liking his focus, work rate and competitive  nature which along with his extremely impressive fitness scores (highest in the camp in some areas) means he feels James has `a real shot'. Richard is keen for James to increase his programme to 18 - 24 hours per week which he states is now required to give James the chance to fulfil his potential and will personally be liaising with James`s lead coach David Shaw to get a suitable programme in place.